Closing Thoughts: Trading One Craft For Another 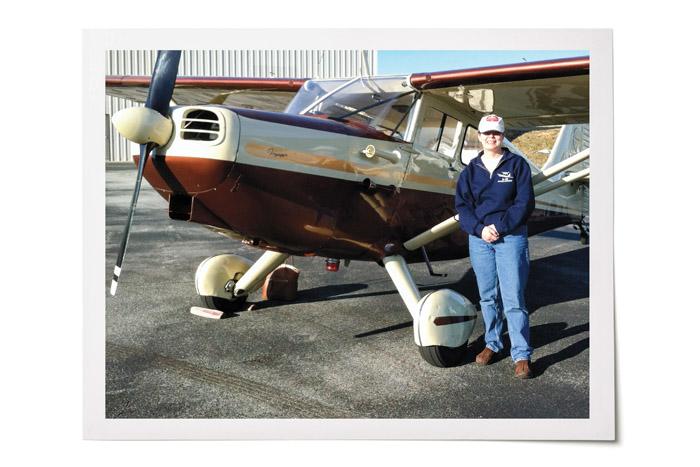 What do you do when two passions in your life vie for your time and energy? Is it possible to do justice to both? Must one eventually win out over the other?

For me those two passions are writing and flying.

My husband is a pilot and flies a 1979 Piper Arrow, which is suspiciously like the one the character Walt Federman flies in my novel The Sense of Death. As a frequent passenger in the Arrow, I decided to take a “pinch hitter” course, which teaches a non-pilot how to control and land a plane in case the pilot is incapacitated. I  took my first lesson in a Piper Warrior—a sort of baby Arrow—at Brandywine Airport in West Chester, Pa. (which also makes an appearance in The Sense of Death). I was hooked.

I continued my lessons, and went from being nervous about even taxiing the plane to being so blasé about it that my instructor once asked me if I planned to take off from the taxiway—ah, yes, never taxi faster than a fast walk. I went from slewing all over the runway on landing to doing a fairly decent job of staying on the centerline. I even started learning about how the engine works and doing the calculations necessary to plan for fuel consumption during a flight, despite the fact that I never thought of myself as particularly mechanically—or mathematically—inclined.

But there was another consideration—my writing.

I found that when I took a lesson, my brain was on aerodynamics and radio communications and best glide speed long after the lesson was over. It would take me several days to clear my head of aviation to make room for writing and publishing. So in the fall of 2013, as I was getting ready for the publication of The Sense of Death, I decided to take a hiatus from flying.

I intended to return to lessons once the book was published, but then I discovered the truth that promoting a book is just as time-consuming as writing one.

Furthermore, I was working on the sequel, The Sense of Reckoning, and doing both of these things on top of my job as a project manager at QVC. Months went by and there were no new entries in my log book. I realized that trying and failing to fit in a flying lesson was even more distracting than the lessons themselves. I had embarked on the lessons because I loved flying, but it was becoming just another responsibility to discharge (and an expensive one at that). The hiatus soon became a sabbatical.

So here I am, grounded and rapidly forgetting all that hard-won aviation knowledge I had been packing into my reluctant brain. Do I regret my adventure in aviation?

Not at all. I believe that if it hadn’t been for my aviation experiences, the idea that I could actually write a novel, establish a business through which to publish it, and then manage its promotion to wider and wider audiences might never have occurred to me.

If I hadn’t taken that first pinch-hitter course I would have missed out on that feeling of pride when a landing won a high-five from my instructor, or when I felt that little bump on the completion of a turn around a point that meant I had completed the circuit at exactly the same point I had entered it. But I believe I also would have missed out on the thrill of seeing my book on the shelves of a bookstore or of hearing someone talk about my characters as if they were real people. I believe that my experience with aircraft enabled my experience with my writing craft.

And I look forward to a day when I can resume my lessons and fly myself to a signing for my latest, aviation-themed novel.

Matty Dalrymple ’85 is the author of the Ann Kinnear suspense novels, The Sense of Death and The Sense of Reckoning, released through her independent imprint, William Kingsfield Publishers (see Fine Print). She lives in Chester County, Pa., with her husband and dogs. Her dream is for a reviewer to compare her books to the Cormoran Strike novels by Robert Galbraith (aka J. K. Rowling).