Recent graduate creates community, one student at a time 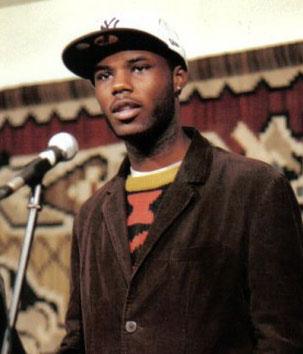 As a student, Javan Howard ’11 harbored two central passions: a commitment to community-building through youth mentorship and a love of writing and the performing arts. Today, this former Africana-studies major funnels his interests into innovative educational programming for at-risk youth in New York City.

A Bronx, N.Y., native and Posse scholar, Howard is a member of AmeriCorps, a national network that serves thousands of public agencies and community organizations. Through that network, he works with the New York Juvenile Justice Corps and the city’s Office of Children and Family Services, teaching service learning to youths in Brooklyn and the Bronx and creating educational programs that prepare students for life after high school.

But perhaps the most rewarding aspect of Howard’s professional life is his work with youth offenders at a 24-hour, all-male juvenile facility in the heart of Brooklyn. Four days a week, he develops new ways to teach core values such as democracy, identity, community building and service learning to the residents.

Although Howard is energized by the chance to make a difference in his students’ lives, he admits that it isn’t easy. “There is no doubt that there are challenges to working with a population that is often neglected. You have to find a balance between getting the lesson across and addressing the daily distractions of [the residents’] everyday lives,” he says, explaining that the three-to-six-month residential-placement period is a difficult time for his charges. “You have to find creative ways to keep them interested in the material but also connect with them on a personal level. But I like the challenge.”

To meet it, Howard taps the performing arts, augmenting his curriculum of weekly classes, guest lectures and service trips with opportunities for creative expression. He’s also gearing up for a June panel discussion on hip-hop and its influence on the urban community. “Having creative freedom in a field that I am genuinely interested in—that is the most rewarding aspect of the job for me,” says Howard, who plans to pursue an MFA in creative writing after completing his AmeriCorps work in September.

That comes as no surprise to Brenda Landis, advisor of Dickinson’s radio station, WDCV, who worked closely with Howard when he was a WDCV executive member, DJ, event organizer, interviewer and co-station manager. Landis notes that in addition to the administrative and creative skills needed to develop new educational programs, Howard also has the soft skills to build networks and connect with his students.

In turn, Howard says that his involvement with WDCV, Umoja and the Poetry Club helped prepare him for many aspects of his current work by providing experience in event planning, leadership and networking. And his Africana-studies coursework laid the foundation for the spirit of activism that fuels this recent graduate’s blossoming career.

“I truly believe there has to be a well-developed connection between organizations involved in education and the communities they serve, and my coursework definitely helped me to understand how my work, both personally and professionally, affects the community,” says Howard, who gave back to the program that helped mold him when he delivered the closing remarks at a regional Africana-studies conference hosted by Dickinson in February.

“To really make an impact and promote change,” Howard continues, “one has to do so through the community and world he or she is in.”