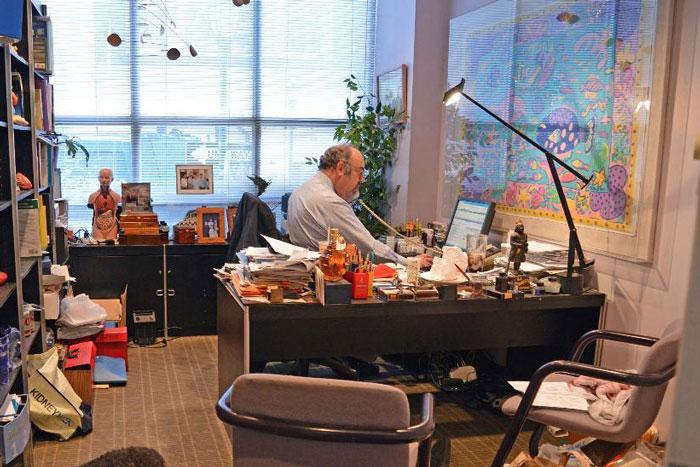 Matthew Frankel ’73 probably never thought he'd make it through his first year at Dickinson. Because of over-enrollment in 1969, the one-time biology major and a few dozen other first-year men had to live in Carlisle’s James Wilson hotel, which Frankel fondly recalls as being of the “fleabag” variety. Now a primary care physician, Frankel looks back at his time at Dickinson, from the HUB to the Jimmy Wilson to the friends he made and kept.

Can you speak to how Dickinson’s useful liberal-arts education applies to your career?

What did you get from your Dickinson experience that you don’t think you could have gotten anywhere else?

I got friends that lasted me a lifetime. Friends I communicate with still. I’m planning a retreat this very summer. I’ve done it multiple summers in the past with a bunch of my college friends, and we are as close as ever. A majority of my closest friends are the friends I made in college.

Going to the Dining Hall was my favorite activity. I think I spent a significant amount, or maybe the majority of my time, sitting at a cafeteria table. And working on The Glimpse, the underground weekly, was one of the really unifying experiences of my college years. It created an outlet of expression and lifelong friends. We still get together on a yearly basis, usually in some exotic location.

If I think of fond memories, I think of the cafeteria, the Holland Union Building (HUB), the hubbub around the building. I think of the person who used to sit at the front desk of the HUB (I even remember her name), the announcements, playing cards, spending a long time there.

One of the other really big experiences that I can recall is that when I was accepted at school, this was 1969, they didn’t have enough room for all the freshmen men. As a result, about 40 or 50 of us had to live in the James Wilson Hotel, which I don’t believe is there any longer. It was pretty much a fleabag kind of hotel. When I arrived there, I was in tears because I wanted desperately to live on campus. In retrospect it turned out to be the greatest experience. All the folks that I’m going to be hooking up with this summer are friends that I had from the Jimmy Wilson. We all became really close. And so that was just an incredible experience.

I am a primary care physician in Philadelphia. I like interacting with people, helping people and being part of their lives.

What accomplishments are you most proud of today?

Having a wonderful family, a wonderful wife. I have a son who graduated from Dickinson. His experience was probably similar to mine in that what he gained the most out of it were the friendships that he made. He’s on his way this weekend to Pittsburgh to attend a friend’s wedding. He gets together regularly with his Dickinson friends and still feels close to them.

What’s your favorite part about working in medicine?