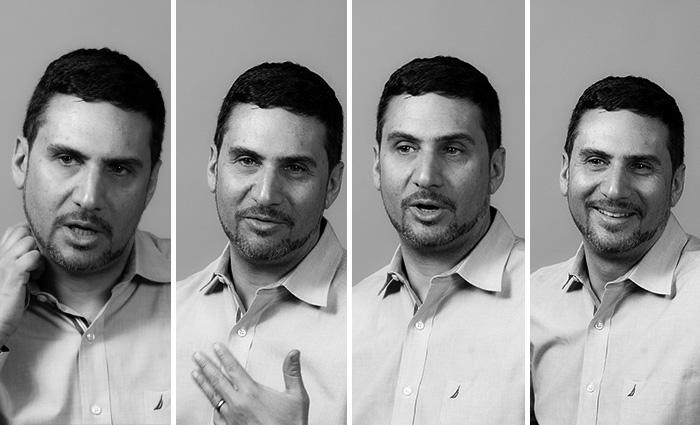 Ted Merwin, associate professor of Judaic studies and director of the Milton B. Asbell Center for Jewish Life, discusses his new book and memorabilia collection that tell the history of the Jewish deli.

Your much-anticipated new book, Pastrami on Rye: An Overstuffed History of the Jewish Deli, comes out in September. What can readers expect?

It’s the first comprehensive history of this subject, with a particular focus on the deli as an essential ethnic gathering place for post-immigrant generations of Jews who were shifting away from scrupulous religious observance and looking for more secular ways of building community. I use sociologist Ray Oldenburg’s influential idea of the “third place,” the space that is neither work nor home, where people go to relax and unwind. Every ethnic group had its particular “third place”—for the Irish, it was the pub; for Italians, the social club; for African-Americans, the barbershop or beauty parlor.

Jews actually developed two types of delis—the kosher deli, which was the cornerstone of every Jewish neighborhood, and the “kosher-style” or non-kosher deli, which was often a celebrity hangout; it was typically located in or near the entertainment district in New York, Chicago, Los Angeles and Miami Beach. Given the tremendous involvement of Jews in the entertainment industry, the relationship between the deli and show business was (and is) quite strong; I focus quite a bit in the book on the depiction of delis in American pop culture—theatre, film, television, music and stand-up comedy. This enables me to discuss how one form of culture, like food, can be ensconced within another form of culture, such as popular entertainment. And it allows me, in all of my lectures on the book, to show the infamous “fake orgasm” scene from When Harry Met Sally, which represents the climax (pun definitely intended) of the use of the deli in cinema.

How has your research been complemented by the courses that you teach at Dickinson?

I’ve been teaching Jews and Food for a several years now; that course begins with the Garden of Eden and goes up to the current trends toward greater sustainability in kosher food production. The students do final projects in which they cook with Jewish family members or neighbors during Thanksgiving break and conduct interviews about the role of Jewish food in the lives of their subjects. I also teach Food and Foodways in the U.S., which helped me to develop my ideas about the “foodways” aspect of the delicatessen, in the sense that the social context in which the food was consumed was always just as important, if not more important, than the actual food itself.

Talk about your research journey and how the book is in some ways the product of an incorrect original hypothesis.

I assumed when I first started researching the book that the delicatessen’s heyday was during the immigrant period around the turn of the 20th century, when more than a million Jews were settling on the Lower East Side of New York. I had read that delis and other ethnic food stores provided a “taste of home” for immigrants. But I found little evidence of Jewish delis on the Lower East Side other than Katz’s, which is still there today. I realized that most Jewish immigrants were too poor to be able to eat prepared food other than simple street foods like pickles and that immigrants also were relinquishing their own foods in favor of more “Americanized” fare. Furthermore, deli food had not been a large part of the Eastern European Jewish diet, since smoked meats and other fancy foods were eaten only on special occasions. I ultimately found that the deli reached its height in the interwar period, as the children of immigrants were coming to the fore and settling Harlem, the Bronx, Brooklyn and other cities; indeed, I was stunned to discover that there were more than 1,500 kosher delis in the five boroughs of New York during the 1930s; there are only about one percent of that number in New York today.

As a theatre and arts columnist for the New York Jewish Week, what do you look for in a story that makes it worth telling?

I’m interested in all forms of Jewish theatre, but particularly those plays that express changing trends in American Jewish life—rising rates of intermarriage between Jews and non-Jews, the evolving relationship between American Jews and Israel, efforts to commemorate the Holocaust and to understand its effects on the children and grandchildren of survivors, new interpretations of Jewish history and the increasing role of food in Jewish identity. In my bimonthly “back of the book” pieces, I trace overarching themes in Jewish culture, such as the stereotype of the Jew as “klutz” to the decline of humor at a bris.

You’ve referred to Dickinson's Milton B. Asbell Center for Jewish Life as "a lens into Jewish tradition and culture." How is the programming structured to serve the campus in that way?

The Asbell Center provides a rich array of programs to help both Jews and non-Jews to develop a deeper understanding and appreciation of Jewish religion and culture. We work very closely with the Judaic Studies program to provide opportunities for students who are studying Judaism in their classes to have “hands-on” experience with Judaism as a living tradition that is practiced in a wide variety of ways. We bring in renowned speakers, performers and artists who can share their knowledge and expertise. And we frequently depend on rabbis and rabbinical students to help lead services and provide educational programs. Much of our programming revolves around food, which is perhaps the most enjoyable and accessible way for people to learn about the Jewish heritage. For example, the kosher laws are a kind of microcosm of Jewish heritage in their concern with drawing distinctions and separating things into interpretive categories.

Your office is filled with artifacts and memorabilia that relate to your teaching and research. Which are your favorite objects?

The one that best sums up my professional life is the mezuzah (a case containing scrolls with Hebrew verses from the Torah) that hangs on the door to my office; it's in the shape of a Hebrew National hot dog! I also love the colorful vintage posters from Abie's Irish Rose, Kosher Kitty Kelly, Clancy's Kosher Wedding and other 1920s plays and films about Jewish-Irish intermarriage. But the objects that people comment on the most are the seltzer bottles and the light-up sign from the Soup Nazi restaurant featured on Seinfeld.