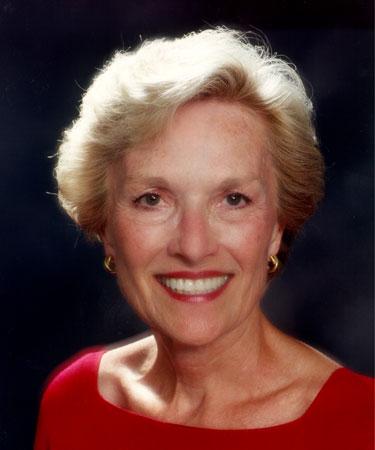 As a highly regarded educator, Stafford taught graduate courses in the Department of Educational Psychology at Rutgers and was active in her profession as a member of the American Psychological Association, New Jersey Psychological Association, The National Educational Association and the American Counseling Association. Her research in the field of attitudes toward gender roles and occupational behavior was published in the Journal of Counseling Psychology. Through this research, she found that in women, self-esteem is positively associated when there is a match between the type of occupation a person “has to do” and what the person “wants to do.” As a devoted clinician, both in private practice and as a consulting psychologist at West Essex General Hospital, Stafford provided counseling and therapy for many people with personal and clinical concerns. She worked with adults and adolescents struggling with anxiety disorders, substance abuse, depression and chronic illnesses. Her dedication to her patients resulted in innumerable expressions of gratitude for changed and improved lives. In recognition of her work with individuals suffering from HIV and AIDS, Stafford received the Garden State Ballet’s 1993 Arts Award, and she also was inducted into The Leon G. Smith Infectious Disease Institute Hall of Fame at St. Michael’s Medical Center in November 2000.

After her graduation from Dickinson, Stafford continued to serve the college in multiple ways. She was a Metzger-Conway Fellow in 1982 and served as a member of the Dickinson College Board of Advisors from 1979 to 1982. She was then elected to the Board of Trustees and served with distinction as a term trustee from 1982 to 2006. During that time, she was a very active member and served on nearly every board committee. She always provided a constructive voice to guide the college in matters of educational policy, student affairs and the capital campaign. Stafford also served on two presidential search committees and was elected as the first female vice chair of the Board of Trustees in 2002, a position that she held until she became an emerita member in 2006.

Stafford and her husband John (“Jack") established a solid legacy of giving back to the college and remained engaged with both the student and faculty experience. They made many generous gifts to the college throughout the years, including funds to establish the Stafford Reading Room in the Waidner-Spahr Library, complete with the beautiful tall case clock that continues to grace this room today. But perhaps most notably, they established at Dickinson the Inge Paul and John R. Stafford Scholarship in Bioinformatics, the Stafford Auditorium in the college’sstate-of-the-art  Rector Science Complex, the Stafford Teaching Laboratory in Dana Hall as well as the John R. Stafford ’59 and Inge Paul Stafford ’58 Endowed Chair in Bioinformatics. These tremendous gifts were established to honor the couple's distinguished careers in the fields of health care and related industries as well as their belief that a liberal-arts-and-sciences education is essential for a successful career and a fulfilling life.

In 2005, Stafford received the honorary degree of Doctor of Psychology at Dickinson’s Commencement ceremony. In celebration of this honor, she and Jack established the Inge Paul Stafford Scholarship for Psychology and Neuroscience Endowment Fund.

Most recently, the Staffords directed a generous gift to the college to build the Inge Paul Stafford and John R. Stafford Greenhouse for Teaching and Research, which is slated for completion in fall 2012.

Stafford is survived by her husband, Jack; their four daughters, Carolyn, Jennifer ’86, Christina and Charlotte; 12 grandchildren; and four great-grandchildren. A funeral service will be held on Friday, April 27, at 11 a.m., at the First Presbyterian Church in Caldwell, N.J. In lieu of flowers, the family has asked that donations be made to the First Presbyterian Church at Caldwell, 326 Bloomfield Ave., Caldwell, NJ 07006.

Read her obituary in The New York Times.