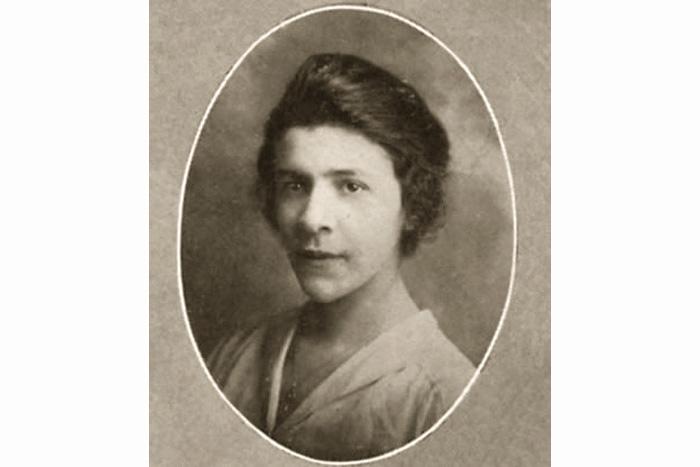 They emerge from different worlds and different eras, but trailblazing Dickinsonians Esther Popel Shaw ’19, Carol Jones Saunders ’62 and Sylvie Toux each expand the horizons of Dickinson’s worldwide community in important, singular ways. An April 20 ceremony, Crossing Borders: A Celebration of Multiple Homelands, will honor their contributions.

“We’re reclaiming her history,” says O’Brien, who, with Special Assistant to the President for Institutional and Diversity Initiatives Joyce Bylander, will co-present an April 19 panel discussion about the social, political and biographical contexts underlying Shaw’s works. “She really crossed two borders: the racial divide that has kept us so far apart, and that we’re now healing, and the gaps of history between the 20th century, when she lived, and the 21st century, when we rediscovered her.”

That societal divide was deep and wide when Shaw, a Harrisburg native, entered Dickinson in 1915. A friend of Langston Hughes, Shaw published her first book of poems in 1934 and would soon play an important part in black literary history, using the written word to inspire readers to fight against prejudice. In one of her most powerful poems, “Flag Salute,” she exposes the chasm between black and white experiences in the United States by juxtaposing the Pledge of Allegiance to a report of a lynching.

In the 1940s Shaw encouraged her daughter, Patricia, to attend Dickinson, based on her own positive undergraduate experiences. Although Patricia was admitted, she was not permitted to live on campus. She chose to attend Howard University instead. “By honoring Esther Popel Shaw’s legacy and really hearing her words [as a spokesperson for racial equality], we try to right that wrong in our past,” says O’Brien, who spent a week with Patricia and her family at their home in Norway while researching Shaw’s life and work.

Seventy years later, Esther’s only child is not well enough to travel to Carlisle from Norway to accept the honorary degree in her mother’s memory, but family members—Patricia’s sons, Patrick and Torkild Shaw Iversen, and granddaughter Thera—will do so on her behalf.  Patrick, a professional flutist, composer and music producer who lives in the Oslo area, also will perform a musical response.

The musical tribute continues Sunday, April 22, in a concert by the Dickinson College Choir and Jazz Ensemble. The performance, Keep a Song in Your Soul, will feature Duke Ellington’s “Sacred Concert,” set to rousing texts by Shaw. “We are so proud to find a way to feature her ideas about individual strength, civic responsibility and prejudice in America in this way,” says Associate Professor of Music Amy Wlodarski, who presents the concert with Michael Clayville, director of bands. “They remain very timely topics today.”

The April 20 ceremony also will include the installation of Sylvie Toux as the first endowed director of the Dickinson Center in Toulouse. The ceremony underscores the college’s commitment to global education and honors Toux, who has directed the Toulouse center since 2004.

The Carol Jones Saunders Fund for the Toulouse Center Directorship is funded by Carol Jones Saunders ’62, a former French major who taught at several universities and colleges, and by her husband, Hal. The Toulouse program did not yet exist when Carol was a student at Dickinson, but after touring the Dickinson center in Toulouse in 2005, she and Hal were moved to support the program. “These centers and their directors are so important to the global experience at Dickinson,” she says. “They don’t just help the students get enrolled in their courses; they really connect them with the culture.”

“The philosophy of our program is to offer Dickinson students a rich and strong academic and social experience abroad,” says Toux, noting that in addition to performing coursework and taking in excursions and cultural events, students participate in community-service projects for a minimum of 20 hours each semester. Many also tap into the program’s internship opportunities in the education, the fine and performing arts, journalism, elder care, local government, publishing, business, marketing and sustainability fields.