Out of the Pigeonhole, Into the Blue 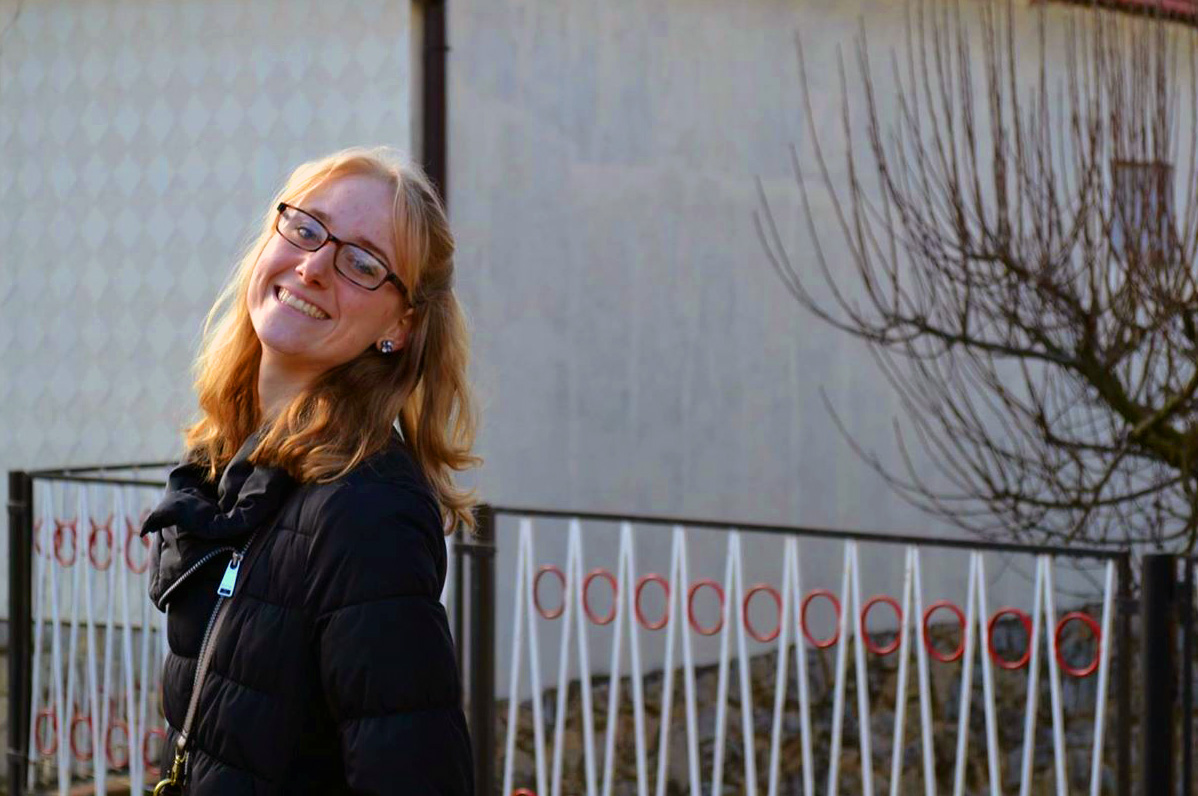 When Katherine Roy ’15 was a child, she didn’t imagine herself in any one profession; instead, she envisioned a future enlivened by many different interests and pursuits. Today, she's a world-cultures explorer and performing artist who is preparing to make her mark in traditionally male-dominated fields. During her senior year she completed research in mathematics (working on Euler's Archive) and in physics. She also presented original research during the Science Student Research Symposium that arose from three physics projects--two on ultrasound imaging and one, on the dynamics of the real Weierstrass eliliptic function--and she choreographed a dance for the spring dance concert. Although she graduates this spring, Katie will return to campus next semester, as the Dance Theatre Group presents one of her works.

Dickinson was one of the few schools I was considering that made it possible to study a lot of different fields. Of course, other liberal-arts schools had similar offerings, but the emphasis Dickinson places on interdisciplinary studies was a tremendous draw to me, as a decidedly undecided, incoming freshman. The college’s collaboration with the Central Pennsylvania Youth Ballet also provided a one-of-a-kind opportunity to combine dance with academics.

Tome is home, but Adams’ fourth floor is where I met my closest friends.

Last spring I studied abroad in Hungary through the Budapest Semesters in Mathematics program. While the math classes were incredible, the highlight of my semester was having the opportunity to be immersed in a different culture and learn how to independently navigate a new city, a new language and a new lifestyle. I lived with a wonderful host family—I had to speak with them in Hungarian—and seized the opportunity to take ballet classes in several studios in Budapest.

The Book Thief by Markus Zusak.

I make most of my own jewelry and spend more time on my doodles than I am willing to admit. I also have an eye for spotting four-leaf clovers; I actually wrote my college essay about that.

On combining dance and physics:

In my high-school physics class, I was required to describe the physics behind any field we found interesting, and so I decided to research the basic physics principles behind dancing.To complete most of my research, I used a book titled Physics and the Art of Dance: Understanding Movement by Professor Ken Laws (from Dickinson College!). Since I have come to Dickinson, I have had the opportunity both to witness a presentation and attend a ballet class taught by Professor Laws on the physics behind dancing, and so in that way I have been able to combine specifically math and physics. I also performed as an astronaut in the fall DTG concert and had to move as though I were in a low-gravity environment, which I suppose is tangentially related to a connection between dance and science!

Science has not entered my choreographic research as of now, but [Director of Dance] Sarah Skaggs has already asked if I will come back and choreograph a science-y pointe piece, so I am hoping that it will have an influence in the future.

Seize opportunities. On the flip side, know when you need help and have the humility to ask for it.

… the term “woman in science” would be exchanged for, simply, “scientist.”

As a kid, when adults asked me what I wanted to be …

… I was blissfully ignorant of the fact that one day, I would have to choose only one or two things to pursue; I think that this is part of why I have so many diverse interests now.