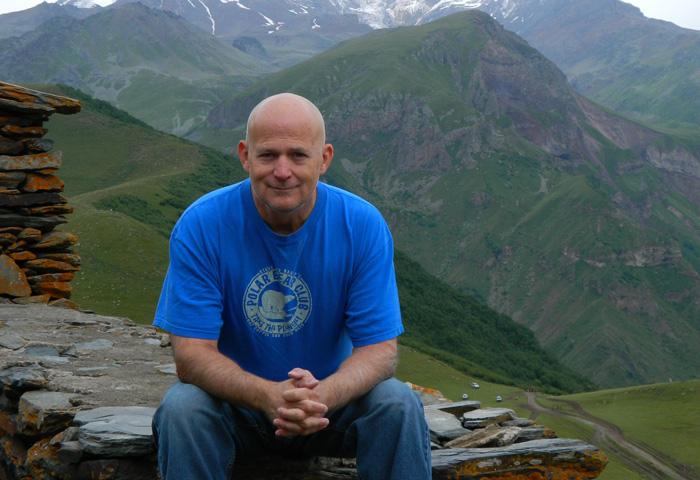 From the battlefield to the classroom, Rick Clifton '79 is in his element

Rick Clifton ’79 has taken on different careers since graduating as a political science major from Dickinson, but he always finds himself relying on what he calls Dickinson’s “first-class education from world-class professors.” From the U.S. Army to his own classroom to his current role as a defense contractor working with the David Agmashenebeli National Defense Academy through the Georgian Minister of Defense, Clifton has found that hitting the ground prepared is on equal footing with hitting the ground running.

How did you get interested in your current work?

I served in Iraq during the Gulf War as an Army officer and wanted to contribute to our efforts in Iraq during Operation Iraqi Freedom. I signed up with a defense contractor rebuilding the Iraqi professional military education system there and ended up spending two years in Iraq. I returned home and went back into the public education world when I was contacted by my current company, General Dynamics Information Technology, asking if I would be interested in helping the Georgians establish a national military academy. That was almost three years ago, and I’m still happy with that decision.

In all three of my careers, I’ve found myself reaching back to what I learned at Dickinson, because I think in every class the instructor’s mindset was giving us information that we could apply to the real world. This mix of “here’s the info and here’s what to do with it” prepared me well for what I encountered in the Army, in public education and now in foreign countries. One of the things Dickinson does best is force students to practice critical thinking. That focus on “how to think” instead of “what to think” has been especially beneficial throughout my life.

I ran track my entire time at Dickinson, and I was a member of Pershing Rifles and ROTC. In both of these I made lifelong friends with whom I’m still in contact, and I learned life skills that I still use to this day.

What does your defense contracting position in Georgia entail, and what about it interests you most?

I’m the senior advisor to the deputy minister of defense in charge of professional military education. I work directly with the rector of the National Defense Academy, advising on myriad issues, from personnel and budgeting to curriculum development to field/tactical training to establishing an Academy environment. It’s a fascinating job, and I work with a lot of dedicated professionals—all working to take Georgia far away from its past as part of the USSR. The best part is the direct interaction I have with the academy cadets. They’re incredibly patriotic, smart and energetic, and absolutely love America and American culture.

What’s the most challenging aspect of this line of work?

The biggest challenge is reminding the Georgians that change doesn’t happen overnight. Their biggest threat is their neighbor to the north, Russia. They went to war with Russia in 2008 and are working desperately to overcome the problems in their system made obvious by that war. Imagine having to live looking over your shoulder all the time, waiting for the neighborhood bully to start something. That’s Georgia’s situation and mindset, and it’s only been exacerbated by what’s happening in Ukraine.

On a lighter note, what’s your favorite thing to do on a Saturday night?

When I’m home, I love spending time with my wife and a pitcher of margaritas. Here in Tbilisi, I like to go out on a Saturday and listen to the local garage bands. Tbilisi has a vibrant and growing club scene and every bar sponsors a band. I love listening to these bands get better and tighter over time. And it doesn’t hurt that Georgia is the cradle of winemaking!

I have always been fascinated with Benjamin Franklin. I’d love to sit down over a flagon of ale and talk about the founding of our country and the compromises of governing. We both have spent a lot of our lives in foreign countries, so we’d have that in common, too.

I’d pick two times: 1908, so I could watch the Cubs win a World Series. It might be my only chance during my lifetime! I’d also go to the Cavern Club in Liverpool in late 1962 to see the Beatles perform. I’d love the energy and creativity of the world’s greatest band before they became world famous.

It’s nothing I could change, but I’d like to have my father back. He died at age 39 when I was a teenager, and I’ve always wished I could show him how things turned out. I’d especially like to have a catch with him and my son.