Durden will participate in transition to new president 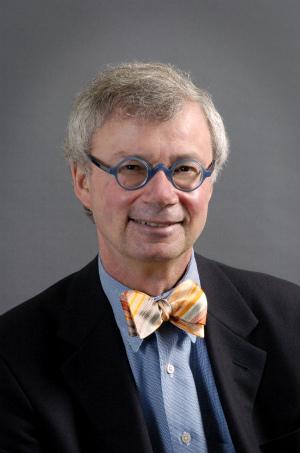 Dickinson President William G. Durden '71 today announced to the board of trustees and campus community that he will retire after 14 years of dedicated service and leadership, effective June 30, 2013.

Durden, 62, is the 27th president in Dickinson’s 239-year history and will become the college’s fourth longest-serving president, a record shared by Howard Rubendall (1961-75), who was president during Durden’s years as a Dickinson student.

“When I came back to Dickinson as president in 1999, I said that I would stay until I felt the time was right to depart. You just know when that moment arrives – as difficult as it might be personally – for transition in one’s life. Well, that time is before us,” Durden said in a letter to the campus community, alumni and friends of the college.

Durden’s tenure has been defined by thriving student enrollment, financial health, academic excellence with an emphasis on global education and a commitment to sustainability and environmental stewardship. Board Chair Jennifer Ward Reynolds ’77 cited Durden’s achievements in a letter to the Dickinson family.

“Applications for admission have tripled, diversity has soared and now we are competing with the best liberal-arts colleges in the country for students and faculty,” said Reynolds, who also commended Durden’s diligence in surpassing the goals he established when the board appointed him president.

“Given the success in these and many other areas during the past decade, it is clear that Bill and his team have indeed met and far exceeded these goals,” said Reynolds. “Simply put, this college could not be better positioned to move forward.”

Reynolds has tasked Vice Chair of the board of trustees Thomas Kalaris ’76 and chief executive of Barclays Wealth to lead a national search for a new president. Following the ideals of mentorship provided to Durden by his immediate predecessor, A. Lee. Fritschler, Durden will be actively involved in the transition to a new president.

“I intend to extend the same courtesy to the person who follows me,” he said.

Directly prior to coming to Dickinson, Durden was simultaneously president of a division of the Sylvan Learning Systems Inc. (today Laureate Education Inc.) and vice president of academic affairs for the Caliber Learning Network — originally a joint venture of MCI and Sylvan.

Read the message to the Dickinson community from President Durden ’71.

Read the message to the Dickinson community from Jennifer Ward Reynolds ’77,  Chair,  Board of Trustees.