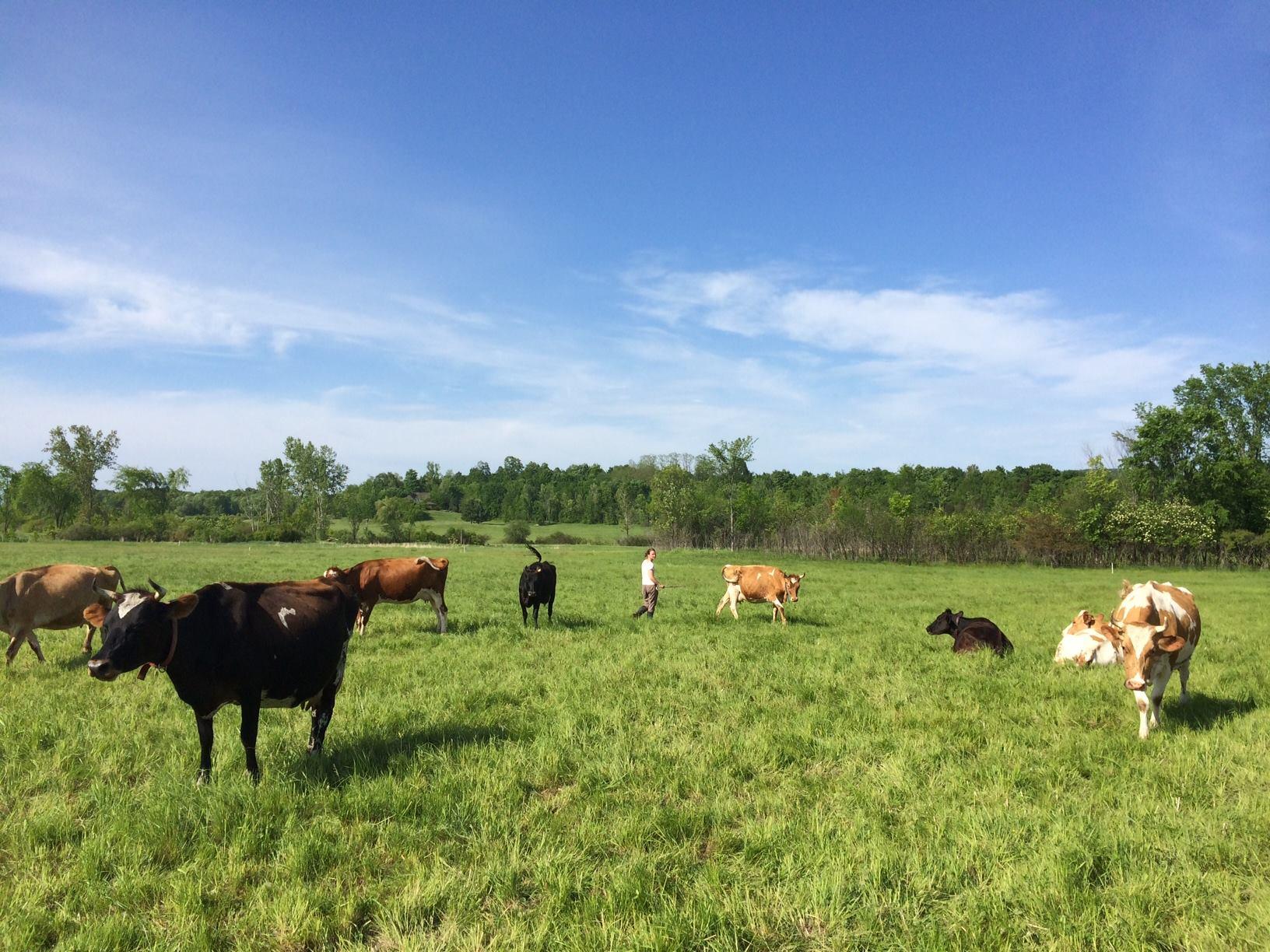 Kalyn Campbell ’10’s Dickinson experience “was perfect for sustainable farming, because you have to be interdisciplinary,” she says. “You can’t be good at just one thing. A liberal-arts education is perfect for preparing you for that.” Photo courtesy of Campbell.

For Kalyn Campbell ’10, the College Farm is the secret to her success

Even before graduating from Dickinson with a degree in environmental science, Kalyn Campbell ’10 already knew she wanted to be a farmer. “I learned that I wanted to farm by working at the Dickinson College Farm,” she says. “Who knows if I would’ve felt that way if I hadn’t gone to Dickinson? The farm gave me a passion for working outside.”

As the new owner of Family Cow Farmstand, a raw-milk dairy farm in northern Vermont, Campbell finds her role as entrepreneur and small-scale farmer fun, fulfilling and challenging. She loves multitasking and “having to think about 50 million things at once,” she says. “Only half of farming is physical work. The other half is the bookkeeping, the paperwork, the marketing and the management of employees. If you’re going to work at the scale of a small, sustainable farm, you have to not only be the farmer, but also the marketer and sales person.”

Campbell purchased the dairy as a fully operating business, which previously had been owned by a family. She has 18 cows total, nine of which are milked daily, five calves, three beef cows and two heifer calves that will start to be milked next year. Her cows produce about 30 gallons of milk per day, and an average of 20 gallons per day is sold via home deliveries and five to six gallons from her farm stand. The bulk of the remaining milk goes to feed her calves, and a portion is also given to her two part-time employees.

When she moved to Vermont, Campbell was intent on starting a cheese business and gradually turning her business into a farm. When she came across the farm of her dreams, she had to ask herself if she was ready to take on the responsibility of raising animals. She decided that she was.

But to be prepared to take that leap, Campbell already had spent a lot of time working on multiple farms, beginning with her stint as a student intern on the College Farm. She also completed a six-month, full-time apprenticeship after graduating, and, after that, she worked at Keswick Creamery in nearby Newburg.

“The College Farm is there to be a farm that educates but also generates revenue, so it’s a great classroom,” she says. Jenn Halpin, director of the farm, and Matt Steiman, assistant manager, “are showing how to run an operation that makes money. At the same time, the farm shows that you’re very dependent on the weather, and there are so many things that can go wrong. There is a lot of risk involved.”

The farm’s placement within a liberal-arts college means that Halpin and Steiman can afford to invest significant time and energy in teaching. “As an apprentice, I learned skills that are invaluable now, like driving the tractor,” explains Campbell. “The only time I ever had the chance to learn to drive a tractor was as a graduate apprentice at Dickinson. I’m really grateful for that training.”

In Vermont, Campbell has continued to cultivate the sense of community she also came to know in the central Pennsylvania farming network, and the Vermont farming community has welcomed her with open arms. A tight-knit web of regional farmers has already proven vital, especially when Campbell’s farm encountered multiple serious challenges during the cold, hard winter of 2013-14.

“I think it’s invaluable to visit and work at as many farms as you can,” Campbell says. “I have to make a lot of decisions every day, and I’m curious what other people choose to do in the same situations. There are so many things in farming that you don’t have to worry about until you’re the owner, and you don’t even think about those things as an employee. For example, it would’ve been great if I had spent more time at Keswick Creamery learning about breeding cows. Now, I have to learn by doing. When you are working for someone, take the time to ask questions and really understand the farm, not just do the physical work.”