‘Your Time to Make a Difference’ 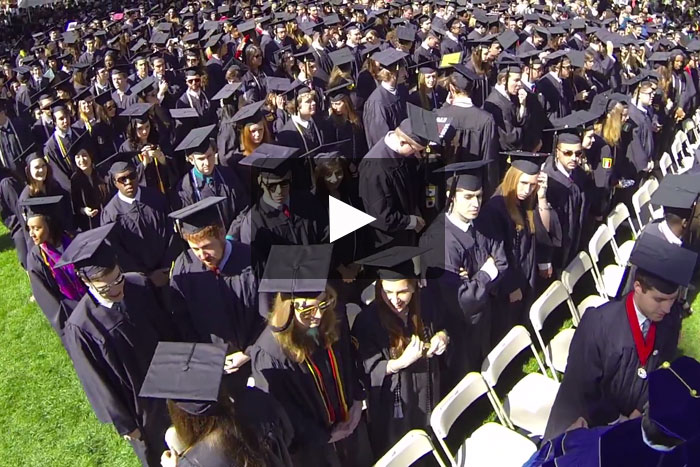 The Dickinson community gathered to celebrate the 583 graduating members of the class of 2014 under bright blue skies Sunday, May 18. And though Commencement speaker and former Secretary of State Madeleine Albright couldn’t promise them a global outlook as bright as those skies, she felt confident that they were ready to tackle the future and all of its challenges.

“I wish I could tell you that the world was at peace. I wish that the future held the promise of stability, serenity and harmony for us all,” said Albright. “But as you all know, that scenario is far from the truth. The reality is that we, as members of a global community, face a multitude of obstacles we must overcome.” 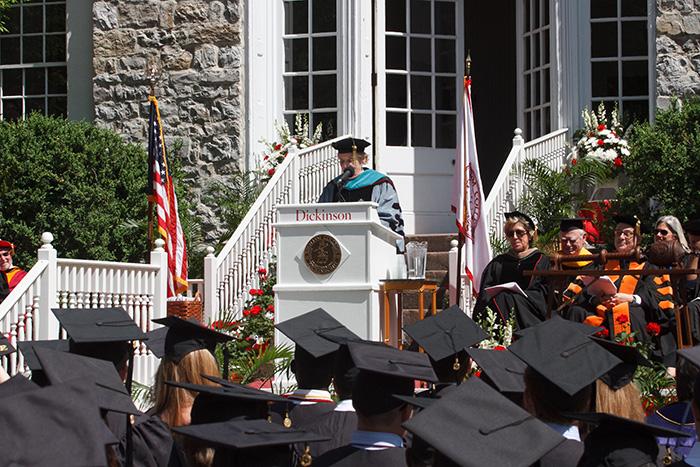 Though she acknowledged the power of recent advances in technology, Albright warned that innovation alone cannot create a better future.

“Siri cannot tell you how to build a democracy,” she said. “You cannot tweet your way to good governance. There is no app for inclusive economic growth. Humanity’s progress depends on human leadership.”

That leadership, she explained, is fostered not by the latest gadget, but rather by our oldest values. Noting that Dickinson’s more than two-century commitment to the useful liberal arts is “more relevant than ever,” Albright urged graduates to face the future head on.

“I’m challenging you to draw on the tremendous education you’ve received at Dickinson College to help find innovative solutions to the challenges of our time,” said Albright. “And I believe that you are not only capable of doing so, but that no prior generation has been as well equipped to deal with those problems as your own … . This time is yours. Your time to define. Your time to make a difference—and to make history.”

This year’s Commencement also marked the awarding of the third Sam Rose '58 and Julie Walters Prize at Dickinson College for Global Environmental Activism. The prize, which carries a $100,000 award, was granted to scientist and photographer James Balog for his work visually documenting the impact of global warming on glaciers through the Extreme Ice Survey. 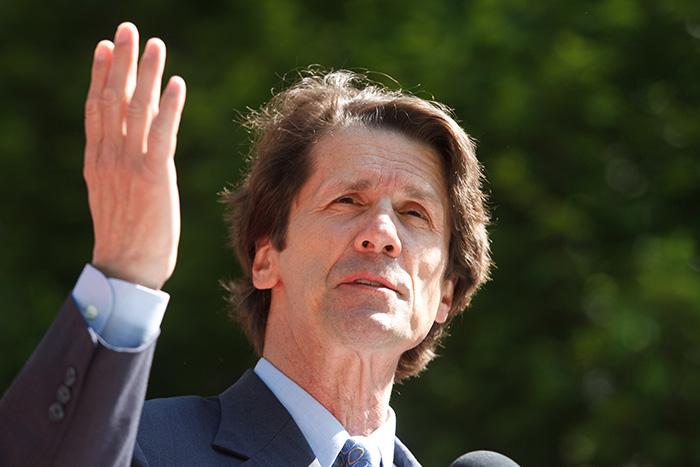 Rose-Walters prize winner James Balog will return to campus for workshops with students and a public lecture in the fall.

“In the course of trying to tell this story there were a lot of unknowns,” said Balog, who will return to campus this fall for intensive workshops with students and a public lecture following the downtown screening of Chasing Ice, the award-winning 2012 documentary that captures his work. “We didn’t know if the cameras would function. We didn’t know what the glaciers would do. We didn’t know if we could pay for it. We didn’t know if people would care. Now, here we are seven years later, and the results speak for themselves … . So I would suggest to all of you graduates that you have to face uncertainty, and you have to face adversity. Nothing of any consequence was ever accomplished in this world without facing uncertainty and adversity.”

Other prizes awarded during the ceremony included: 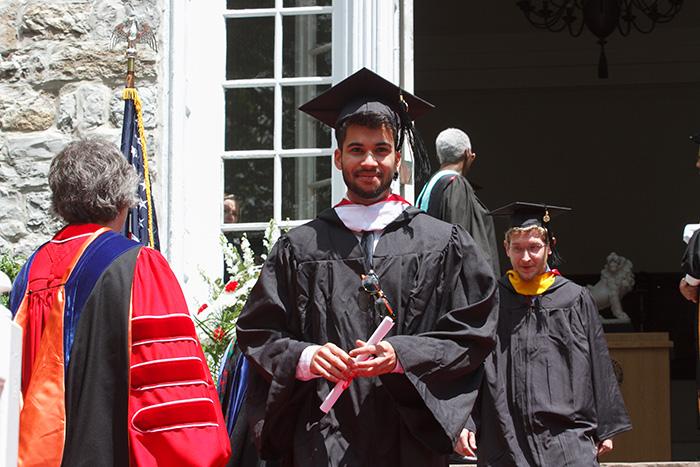 Members of the class of 2014 walk down the steps of Old West to officially become graduates.

Then the 583 members of the class of 2014 descended the stone steps of Old West one by one to officially graduate and become alumni of the college. To signal the graduates’ entrance into the larger alumni body of Dickinsonians, one of the college’s youngest alumni, Hector Meza '13, and the college’s oldest, Ben James '34, held open the Old West doors for their procession.

“You will take Dickinson and this community with you in all that you do,” said President Nancy A. Roseman, who presided over her first Commencement as president of the college. “Congratulations on your accomplishments and best wishes.” 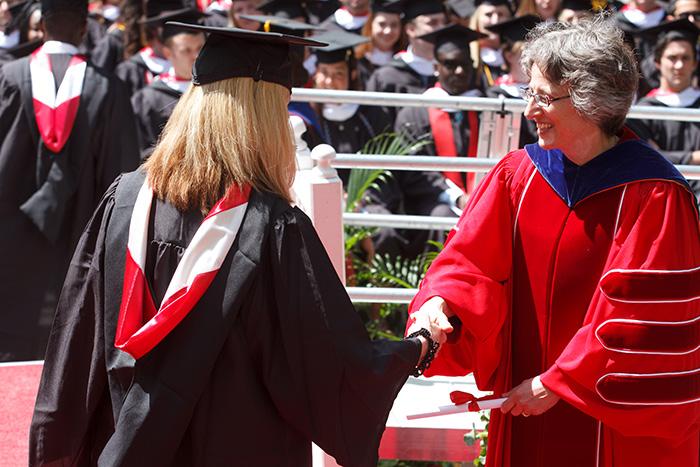 President Nancy Roseman hands out diplomas during her first Commencement as president of the college.