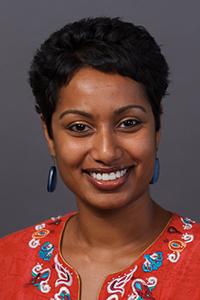 In her recent piece for The New Yorker, Chimamanda Ngozi Adichie issues a clarion call to Americans following the 2016 elections: “Now is the time to refuse the blurring of memory … Now is the time to call things what they actually are, because language can illuminate truth as much as it can obfuscate it … Now is not the time to tiptoe around historical references … Now is the time to elevate the art of questioning.” These imperatives should frame our analysis of Trump’s presidency, both in the first 100 days and in the years to come. We must rely on accurate language and honest histories in order to effectively assess the 45th president’s policies on race, civil rights and immigration.

These policies follow from Trump’s election campaign. As NPR’s Kat Chow notes, Trump “described Mexican immigrants as rapists, called for the deportation of Syrian refugees, advocated banning all Muslim immigrants [and] touted the benefits of the unconstitutional stop-and-frisk program.” The consequences of these racist positions are dangerous. Since the election, the Southern Poverty Law Center has documented hundreds of bias and hate incidents against immigrants, blacks, Muslims and members of the LGBTQ community. Changes to the White House website since the inauguration are also telling. The Obama White House website included a page on “Civil Rights” that focused on building “a more equitable criminal justice system.” The current Trump White House website has a page on “Standing Up For Our Law Enforcement Community,” which makes no reference to addressing systemic police brutality against communities of color.

In the first week of his presidency, Trump has signed executive orders that directly impact Native Americans, immigrants and refugees. On Jan. 24, Trump signed an executive order facilitating the continuation of the Dakota Access Pipeline that threatens Native American sovereign lands, waters and burial sites. The following day, he signed an executive order on immigration, which expands America’s deportation force and detention centers, targets “sanctuary cities,” and broadens the definition of “criminal” in order to facilitate the deportation of immigrants. Within the next few days, he is expected to issue another executive order that will “block Syrian refugees from entering the United States and institute a temporary halt on all refugees from the rest of the world.”

The first seven days of the Trump presidency lead to some clear conclusions about its first 100 days. These directives signal a refusal to recognize the dignity and humanity of Native Americans, people of color, immigrants and refugees. They signal a refusal to acknowledge foundational aspects of America’s past and present: that this country was established on Native lands and that this colonial violence continues; that “slavery made America … [and] you can see its ghost all over American policy”; that the lives and labor of immigrants and refugees constitute this democracy. As we continue to watch and respond to this president, we need to pay attention to these histories and memories, and to the language we use to describe them. We need to “call things what they are” and ask more piercing questions in order to ensure that this administration is held accountable for its rhetoric and policies.