Thanks to disciplined budgeting, the Division of Finance & Administration helped the college increase its cash reserves while continuing to enhance the Dickinson experience. At the end of fiscal year 2015-16, the college held $5.4 million in general reserves, $2.1 million in healthcare reserves, and $4.3 million in strategic reinvestment funding, $3.75 million of which has been allocated to identified one-time projects, leaving a balance of $560,000 for future needs. Along with a solid enrollment performance, this strong financial management helped Dickinson earn a “positive” outlook and an “A+” bond rating from Standard & Poor’s Rating Services. 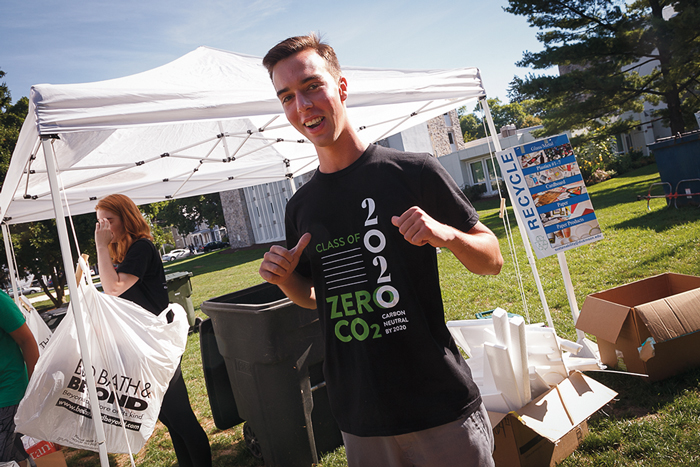 Throughout the year, the division also made significant progress on the following:

This long-term performance compares favorably to the college’s passive benchmark (made up of a combination of the MSCI All Country World Index and the Bank of America Merrill Lynch U.S. Treasury 7-10 Year Index) and falls within a percentage point of the college’s strategic goal of spending plus inflation (5 percent spending plus the Consumer Price Index plus 1 percent). By performing well against these measures, the college ensures the endowment’s intergenerational equity.

Spending from the endowment provided $18.4 million in funding to Dickinson in fiscal year 2016, making an impact on the affordability of the college, the academic program, student-faculty research, athletics, facilities and much more.

Note: Dickinson’s endowment is composed of the pooled endowment, which is managed as part of a consortium of colleges and universities by Investure, and the nonpooled endowment, which consists of funds held in trust for the college, endowed pledges and other assets. The pooled endowment makes up roughly 80 percent of the total endowment, while the nonpooled assets make up the remaining 20 percent. To balance present needs with future stability, Dickinson spends 5 percent of the endowment’s prior 12 quarters’ average balance each year to support the budget and restricted funds. The college employs this disciplined spending strategy to ensure that the endowment meets today’s needs while continuing to provide a foundation for the future.