“A process of genuine interaction through which human beings listen to each other deeply enough to be changed by what they learn. Each makes a serious effort to take other’s concerns into their own picture, even when disagreement persists. No participant gives up their identity, but each recognizes enough of the other’s valid human claims so that each will act differently toward the other,” Dr. Harold Saunders (1930-2016).

In recent years Dickinson has employed its membership in SDCN to address the campus’s needs in a variety of ways including providing training opportunities for community members, inviting the campus community to participate in dialogues, and hosting semester long dialogue groups. Below are SDCN activities that have occurred since fall 2015 when the Popel Shaw Center for Race & Ethnicity became the campus’s coordinating body for Dickinson’s Sustained Dialogue chapter. Future dialogue trainings, events, and groups will be announced through various forms of media and archived on this page. 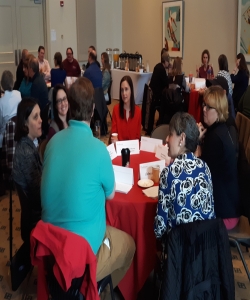 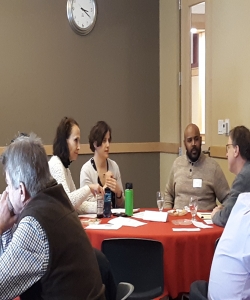 A two-part dialogue which provides an opportunity for faculty and staff participants to share their campus experiences in relation to Dickinson’s values in an intimate setting focused on listening and empathy, and to reflect on their role responding to campus flashpoints on issues related to diversity and inclusion.