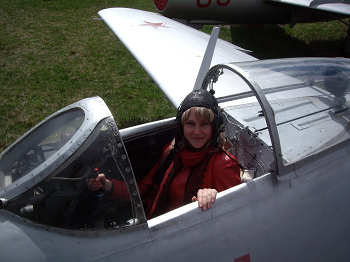 Irina Filippova graduated from the Moscow Teacher Training University. She has been working with Dickinson students since 2001. She first taught Conversational Russian to Dickinson students and helped with the program in Moscow. In 2004 she became the coordinator for the Dickinson-in-Moscow program. She was also invited to be a Visiting Instructor for the Russian Department at Dickinson College. Her experience working at Dickinson College has helped her to learn about the American education system and American customs. Now as the Resident Director of the Dickinson-in-Moscow program she combines all of her experiences to make Dickinsonians’ stay in Moscow a rich and unforgettable one. 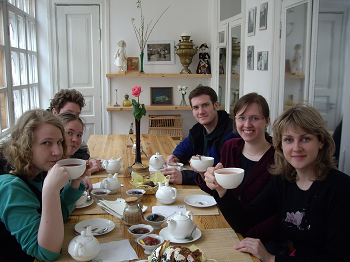 Irina Filippova (first on the right) with her students