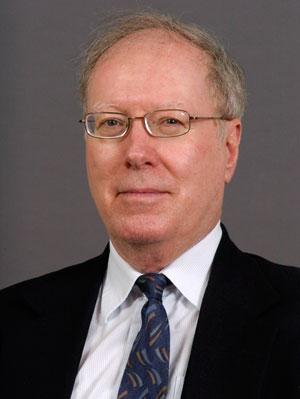 The recipient of this annual award and its cash honorarium is determined by faculty voting and then approved by the college's president. This award, which recognizes outstanding teaching, is the highest honor given to a Dickinson faculty member.

“I was surprised and, needless to say, deeply honored by the award,” Grier said. “The good opinion of one's own professional colleagues is perhaps the most meaningful commendation that one's work can receive, and I am grateful for the honor.”

Grier has contributed to the striking revival of interest in the 19th century German philosopher Hegel of recent years. Between 2006 and 2008, he served as president of the Hegel Society of America, a body of more than 350 professional philosophers who meet every other year to discuss the latest in Hegel scholarship.

Prior to joining Dickinson, Grier was assistant professor of philosophy at Northwestern University and lecturer in Russian studies at the University of Keele in the United Kingdom.

Grier has written and edited several books, and contributed to the recently published “A History of Russian Philosophy 1830-1930: Faith, Reason, and the Defense of Human Dignity.” The first volume of a two-volume commentary on the philosophy of Hegel that he translated from the Russian will appear this summer.