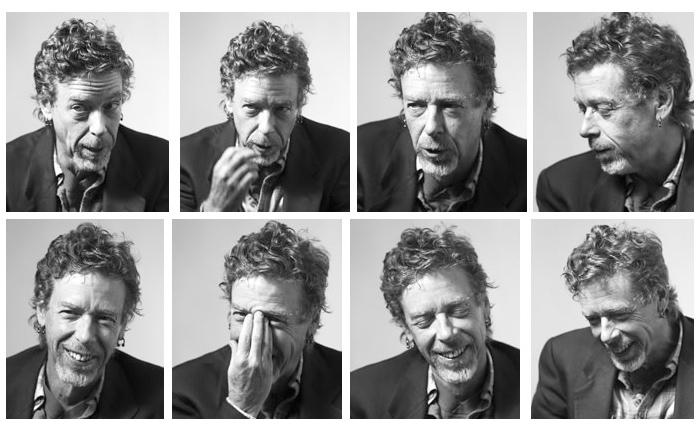 The associate professor of art & art history discusses his writings, anarchist world view and making a career out of things he finds fascinating.

You teach within art & art history, philosophy and political science. What does it mean to be, as you say, a professor of "this and that"?

I'm interested in all sorts of things, both for what they are in themselves and for their connections to other things I'm interested in or, for that matter, whatever I can connect them to. I've been a professor of journalism, 'humanities and sciences' and other things and I worked for years as a music critic and an op-ed columnist. I originally came to Dickinson as a leave replacement in the political science department, and then moved to an interdisciplinary position centered in the art & art history department. In some ways, the question of what discipline my work falls into isn't the most interesting question, I hope! At bottom, I'm a philosopher, and I see everything through that lens. Philosophy is a position from which, provisionally, it's legitimate—or even in some sense obligatory—to try to look at everything, which is what I love about it.

From a young age, you've identified as an anarchist. How does that political ideology/world view resonate on campus and inform your writings and teaching?

Some students and perhaps even a colleague or two have some sympathy with my views on politics. Most don't. Being an anarchist puts you more or less entirely outside the mainstream political spectrum. I think that's a pedagogically useful position: It's a kind of prejudiced objectivity, so to speak. It's not a leftist sneering at the right or finding it incomprehensible, or vice versa. I have no stake in partisan politics. For years I taught many sections of the basic political philosophy course, in which thinker after thinker is defending the legitimacy of state power. Let's say I might subject such arguments to more withering scrutiny than some professors. I'd like to think that's a model of critical engagement or oppositional thinking. On the other hand, all my life I've only been around people who disagree with me: my mom, my (um) wives, my kids, my friends. So I am good at not expecting anyone to agree with me or punishing them in any fashion, for the fact that they do. I'm also a non-authoritarian teacher and parent, for example, but such roles do sometimes put an anarchist in an awkward position.

Your writings include country-music criticism and a political blog, as well as books on beauty, African-American autobiography and card tricks. Why the unconventional path?

I am a person of enthusiasms and I follow these here and there. One thing you might notice is common to all these activities: writing. As much as anything else I think of myself as a writer, which is what my father, grandfather and great-grandfather were. Among my people, if someone asks you to write about more or less anything, you ask them what's the deadline, how long they want it and how much they're paying. If you want to write about something, whatever it may be, you go and pitch it to an editor or a publisher. What establishes credibility, if it is established, is as much the voice as the research or the argument. I hope my voice as a writer emerges in all these contexts, from magazines to academic philosophy books. But if one of these things had created an uncontrollable situation in which I became famous or, in particular, notorious, I might still be doing it. Maybe I am looking for the right hook, struggling to find an audience.

I do think this apparent eclecticism has created some career difficulties: People don't quite know how to read me in the academic world. They don't really know what I'm a professor of.  On the other hand, I have actually had a career that has consisted pretty much of writing about and teaching the things that fascinate me. That is really a rare privilege, and I try to tell myself that every day. Dickinson has found a place for me, ways to use me, and that is not a given. Now, on the other hand, if you read all my books and then talk to me for a while, I will show you how it all hangs together!

Which of your current projects most often keeps you up at night: the new manuscript or renovating a 100-year-old one-room schoolhouse?

Honestly, what keeps me up at night is chairing the art & art history department: There's a lot to try not to forget. These other things are fundamentally peaceful and, though occasionally annoying, are shelters from various storms, personal or professional. And please, Harbold's School is gearing up for 150!

Read a selection of Sartwell's publications:

The Color Change: The Arcane Art of Transfiguration (with Playing Cards) (Lybrary.com, 2011). Photos by Charlie Heidlage '10.

Against the State: an Introduction to Anarchist Political Theory (State University of New York Press, May 2008).

Act Like You Know: African-American Autobiography and White Identity (University of Chicago Press, 1998).