The Inevitable Success of Mister and Pete 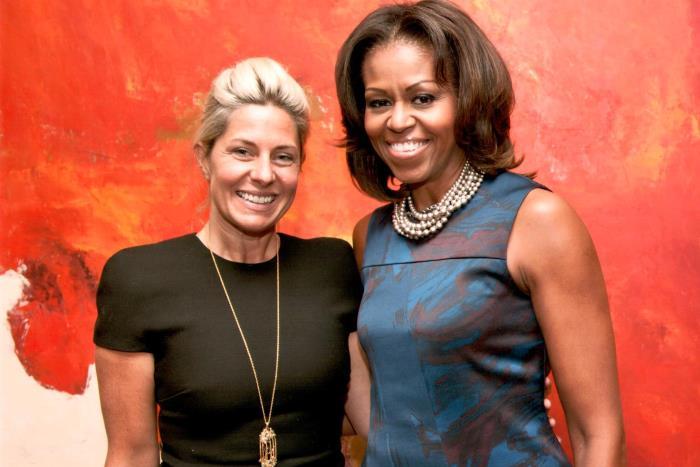 Amy Nauiokas ’94 takes her latest film to the White House

Amy Nauiokas '94 found a special audience for her film The Inevitable Defeat of Mister and Pete when first lady Michelle Obama hosted a White House screening yesterday. The film was part of a day of discussion about challenges and best practices regarding education access in underserved communities, and the first lady was eager to add it to the schedule.

"The minute I got through watching this movie, I said, 'I am going to screen this at the White House,' " Obama said. "This is the movie that should begin the conversation that is already happening about what we have to do to invest in kids in this community. Because there are millions of Mister and Petes out there who are just struggling to make it."

The film, which debuted at the 2013 Sundance Film Festival, follows two inner-city kids left to fend for themselves in New York City when their mothers are arrested. The themes of the movie dovetail with an initiative President Obama and the first lady are undertaking to inspire and support greater numbers of underserved students on the path to higher education.

"The Inevitable Defeat of Mister and Pete is a special film about the resiliency of youth and friendship, and it spotlights the very real problems many children in the United States are facing today," said Nauiokas, one of the film's executive producers. "I'm honored that our first lady would use this film to help support such an important youth-focused initiative, and I look forward to sharing it with so many educators and leaders."

After the screening, senior officials from the White House Domestic Policy Council and the Department of Education moderated a discussion—but not before the first lady touched on the impact Mister and Pete has had on her.

"This is truly one of my favorite films this year," she said, "and it obviously has moved me, and it will be the guiding post for my work over the next three years."