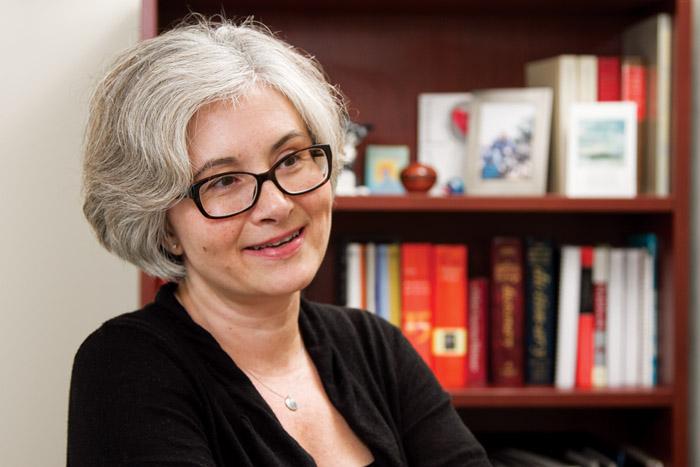 Like many others in my profession, I collect books and magazines. There’s nothing intentional or acquisitive about it: As a first-generation college graduate, I just happen to hate throwing away anything that has even a whiff of erudition attached to it. I’m reminded daily that I really need to cull the increasingly precarious piles of Harper’s magazines (my first real subscription) in my basement.

And through multiple moves, from my parents’ house to first apartments in random cities to my current home, I schlepped with me The Delphian Society’s dilapidated, 10-volume, faux-leather-bound The World’s Progress, With Illustrative Texts From Masterpieces of Egyptian, Hebrew, Greek, Latin, Modern European and American Literature, Fully Illustrated (1913). The society’s purpose was to educate the uneducated masses and set readers on a personal but some-what eclectic course of study that would parallel the great books. I discovered the tomes when I was 11 years old, in the attic of the house my parents had just bought, and I fell in love with the formal diction, the intricate illustrations—even the fusty, mottled paper.

So imagine my delight when College Archivist Jim Gerencser ’93 mentioned a new exhibition that would feature some of Archives & Special Collections’ most curious objects — items that would tell of the world’s progress, and of the nature of collecting, through the eyes of Dickinsonians.

The exhibit follows the style of Charles Willson Peale’s American Museum, founded in 1786 and among the first of its kind to mix science, technology, art and natural history with a healthy dash of P.T. Barnum-style showmanship. We hope you’ll enjoy the objects as much as we enjoyed photographing and learning about them.

And speaking of progress, one of Dickinson’s more exciting initiatives over the past decade has been its outreach to community-based organizations as part of its overall admissions strategy. In “Seeds & Success,” you’ll hear from two students who not only are taking full advantage of all that Dickinson has to offer but already are giving back by visiting their communities and sharing their Dickinson story with prospective students.

This issue also honors Stephanie Greco Larson, professor of political science and women’s & gender studies, who died in 2011 of cancer. Her husband, David Srokose, established a scholarship in her memory then and is about to debut Relentless: One Woman’s Betrayal by the Medical System, written by Larson and lovingly edited by Meghan Allen ’08, one of Larson’s students. I did not know Larson, but based on what I’ve read in her book (which will be available Feb. 1) and through conversations with those involved with the making of it, I wish I had. It appears that she too was a collector, and of the best kind—of friendships and fierce intellects.

We hope you’ll enjoy this issue in all its eclecticism—from Tsewang Namgyal ’97’s counterintuitive thinking on economic and social development to a particular faculty band’s song list. As always, we want to hear from you, so drop us a line: dsonmag@dickinson.edu or Facebook.com/DickinsonMagazine.