From Kabul to Carlisle 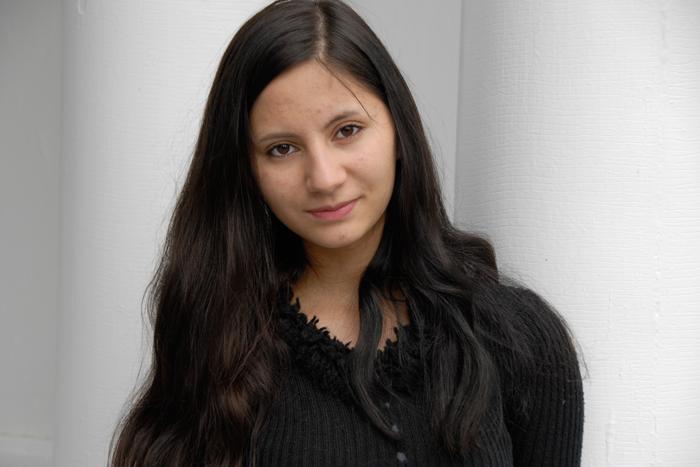 When Akbar was 6, the Taliban entered Mazar-e-Sharif, the city in northern Afghanistan where she and her family lived. The Akbars found refuge in Peshawar, Pakistan, and she remembers this period as one filled with obstacles as her parents struggled to pay rent and fed the family only chickpeas for a month. Despite the hardships, education remained a priority. After living in Pakistan for three years, the Akbar family opened a language center and taught nearly 600 Afghan refugees math, English and computer science.

In Kabul the next year, Akbar’s family realized it could only afford for one daughter to enroll in a prestigious school. Akbar, who was 13, felt her younger sister should be the lucky one and knocked on the door of the International School of Kabul. She convinced the board to accept her sister. A year later, Akbar was invited to work as a translator so she could attend the school herself.

Thanks to a Dickinson alumnus and his network of supporters, Akbar has made it from Kabul to Carlisle to pursue a coveted American education through the Afghan Girls Financial Assistance Fund (AGFAF). The program was formed in 2008 after Alex Motiuk ’12 approached his father, Leo ’66, about a former Blair Academy classmate who was back home in Kabul because she could not obtain a scholarship to attend college in the United States.

Three weeks later, through the efforts of AGFAF, Blair Academy and an expedited response by the president of Drew University, that Afghan woman started her first day of college with a full scholarship. Now in her junior year at Drew, she is on the dean’s list.

AGFAF provides young women like Akbar with the opportunity to pursue higher education in the United States, often first helping them adjust to their new country by spending two years at an American secondary prep school. Seven Afghan women are now being assisted by AGFAF, and new applications are being reviewed.

With a host family for emotional support and financial assistance from AGFAF for personal expenses and college costs that may not be covered by a scholarship, the girls are set up for college success. To help recipients remain connected and committed to their home country, AGFAF pays for a round-trip flight each summer to Afghanistan and helps to arrange for meaningful internships while they are there.

In 2008, Akbar traveled to different regions of Afghanistan, collecting 300 traditional songs and couplets from Afghan women. She hopes to preserve women’s music to show how societal change often originates from women. “If you want to educate a community and a country, you have to educate the women,” she remarks.

The following summer, she remained involved with Afghan preservation issues as part of her in-country work with the Aga Khan Trust for Culture.

Motiuk, a lawyer at Windels Marx Lane & Mittendorf L.L.P. in New Brunswick, N.J., is one of the four directors of AGFAF.

“All four of us believe strongly that people all over the world have to help one another, since not everything can be done at the macro government level,” he explains. “The more we help each other, the more we can learn about each other, and the better we can live together. That applies not just here in the U.S. but the world over.”

Akbar, who graduated from the George School in Newtown, Pa., impressed AGFAF not only with her excellent academic record and her fluency in spoken and written English as well as other languages but also with her intellectual curiosity, activism and unrelenting courage and commitment in matters relating to Afghanistan. She also impressed Dickinson, which awarded her a grant.

Akbar is one of four Afghan students at Dickinson. An activist student, she plans to participate in the Feminist Collective and community service in addition to her other activities, such as the belly-dancing and yoga clubs.

Without the funds provided by AGFAF, young women like Akbar could not obtain the education that could help them make a difference in their communities. According to Akbar, “internationally, women have been controlled and kept in complete ignorance by traditions and male-dominant systems.” She adds that customs and traditions have kept women from learning about and interpreting the Quran and have prevented them from obtaining equal rights.

While seeing herself as an Afghan ambassador at Dickinson, Akbar also sees her role as empowering Afghans of all ages, and she pursues that cause when she returns home during the summers. She says her Dickinson experience has led her out of her comfort zone, and she hopes to involve fellow students in the process of change-making.

“The opportunities I have been given made it possible for me to see the world through a broader lens,” says Akbar. “I want to dedicate part of my life to providing education for women in Afghanistan.”