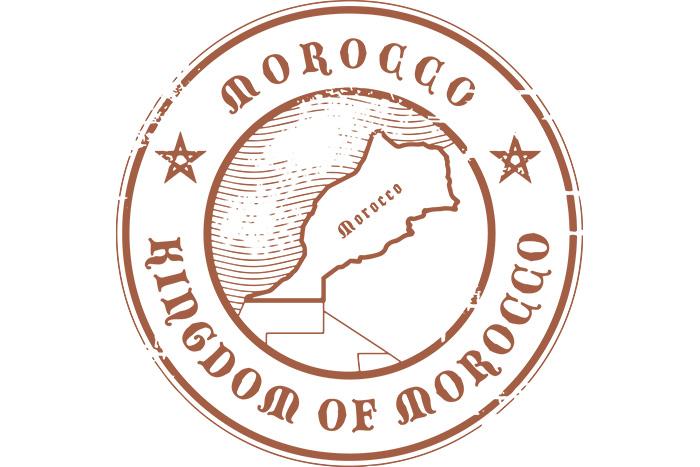 “I woke up around 5:45 to the sounds of the early-morning call to prayer, but I drifted right back to sleep.”

So begins Day 2 (Jan. 3) of Associate Provost and First-Year Class Dean Shalom Staub’s Morocco journal. Through the Morocco: Jewish and Muslim Religion and Culture Mosaic, Staub and 14 students—each enrolled in his fall ’12 course Ethnography of Jewish Experience or his fall ’13 course Saints and Demons: Muslim and Jewish Popular Religion of North Africa and the Middle East—spent the better part of January exploring religion and culture in Morocco, what Staub describes as a “nexus of Jewish, Arab, Berber, African, Spanish and French cultural elements and influences.”

Applying a “lived religion” perspective, the Mosaic saturated Staub and his students in Moroccan life, and journal entries by Staub, Kelly Thompson ’14 (international studies) and Christopher Brokus ’15 (anthropology) capture the experience, from Rabat to the Middle Atlas Mountains to Fes and beyond.

Jan. 5, Rabat Staub: Le Grand Synagogue. Men seated randomly around the room took turns leading prayers. One in particular had a clear, strong voice and sang in the most elaborate Middle Eastern ornamented style. I was happy every time the turn came back to him. I could have listened to him all morning!

Brokus: What does it mean to be Moroccan? There is no one Moroccan culture or identity, but many. The intersection of these identities, perhaps, is what makes someone Moroccan—and what makes Morocco such a fascinating, complex place.

Jan. 6, Rabat Staub: A fascinating lecture by Farah, the co-founder of CCCL [Center for Cross Cultural Learning], and a second lecture by a professor at the university on sociological perspectives on Moroccan Islam, particularly post-Arab Spring. They offered a glimpse of so many nuances of meaning and significance that are obscured by the U.S. media.

Jan. 7, Rabat Staub: I spent the afternoon with Saad, the young man in this household. We walked along the Atlantic shoreline, along the Bouregreg River and to the Hassan Tower and Mausoleum (where the two prior kings of Morocco are buried). Tomorrow we leave for the Middle Atlas Mountains. We’ll be meeting with staff of an NGO that works on rural education and development, and we’ll be planting trees as part of a reforestation project. Then on to a small rural village called Ait Ouahi.

Jan. 8 Thompson: Our host family in Ait Ouahi is so kind and welcoming! We spent the evening exploring the most gorgeous little valley with the 12-year-old in the family, Ayesha, throwing around little bits of standard Arabic, French and English to try to understand each other. In spite of the cold, I wish we could stay here for more than just one night.

Jan. 9Brokus: Meknes. In the shadows and long arcs of its granaries is an echo of great, dark days. We encountered a Saharan man in the plaza selling healing implements, from a dried lizard to ostrich bones (the gazelle fat did smell pleasant on the skin…). Passersby, intrigued by the healer’s growing legitimacy, flocked toward the stall.

Jan. 10 Staub: We are in a delightful hotel in Fes, which is quite an amazing city: grand boulevards and every kind of shop imaginable in La Ville Nouvelle. We spent a lot of time walking through the labyrinthine streets and lanes of the medina, some so narrow that my shoulders were brushing against both walls as I walked!

We had a long cross-cultural dialogue with students in the cultural studies department at Sidi Mohamed Ben Abdellah University. It was really intense, with some really excellent exchange, some difficult moments and also the discovery of common ground.

Jan. 15 Brokus: I stood in awe, looking up at the great Hassan II Mosque of Casablanca. Few sights have truly left me without words, yet all I could do was stifle little gasps of surprise. Ocean waves met the colossal mosque, children played in fountains, sunlight streamed under the arches and flooded the inner courtyard. And I’m just left with the most immense peace.

Jan. 17 Thompson: I’m back home, but the henna on my left hand is still very dark and probably will be for a couple of weeks. Even at 5 o’clock this morning the security guards at the airport in Sale stopped to admire it and gave me the customary blessing in Arabic—“for your health and comfort.”

Brokus: One of my most enduring memories from this trip will be the phrase that Farida, my gracious host mother, repeated to me our last night in Morocco: Vous êtes marocain, Christophe. As we danced together in the swirling rhythms of the band, I apparently revealed my Moroccan-ness. Our time together, our dance together, finally taught me what it meant to live in another culture.