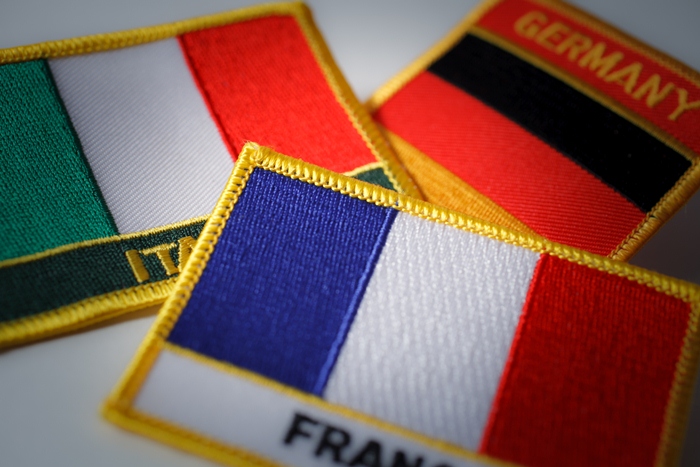 Ask people who have been an Overseas Student Assistant (OSA) why they wanted to be a part of the program, and you're likely to get answers that sound similar.

"I wanted to go to the U.S." says Luca Trazzi, now a visiting scholar in Dickinson's Italian department. "I loved English, I loved the U.S., although I had never been before."

"I had always been very interested in going to the States," says Jens Schröder, who is now Dickinson's program director in Bremen. "As I started to apply [to another exchange program] in late 2005, I saw a flyer advertising the OSA program, and it instantly appealed to me."

What the OSA program is about, and what appealed to Schröder and Trazzi—as well as to Dorian Simon-Rouard, who is currently an OSA from France—is teaching in an American classroom and learning about the American educational system and culture from the inside.

OSAs, on campus for a semester or a full year, are students first and teaching assistants second. So when they're not taking classes of their own, with their credits applied toward a degree in progress, they're in the classroom assisting Dickinson students in learning a particular language.

"One day a week I come into class," says Simon-Rouard, "and depending on the professor—I work with four different professors in five different French classes—I'll be asked to come into the class and talk to the students, to do different activities and have them talk."

While the in-class language lessons might come as first nature to the OSAs, a caveat for crossing oceans and diving head-first into a new educational system and a new culture might be "brace yourself."

"I got exposure to the American academic system, of which I had no idea," says Trazzi. "It was cultural and linguistic shock—everything shock at the beginning. It was more difficult linguistically, academically challenging in terms of rhythms and structures. I found that I just had to let it go."

"There were so many opportunities," says Trazzi. "Everything was accessible: lectures, concerts, art exhibits. It just took a little time to see all the possibilities out there." It's also often the case that the deeper OSAs immerse themselves in American culture through their native language, the more they come to appreciate aspects of their own cultures that they may never have even noticed before.

"It's one of those things where not only do you help people, but it's also a great mirror on your own culture, your own language," says Simon-Rouard. "It's a fascinating process: You get to think about things that you take for granted, and it gives you so much more depth of insight into those things that are a part of your day-to-day life."

At least one OSA per year comes from a Dickinson Abroad host university.