Human, in Life and Death 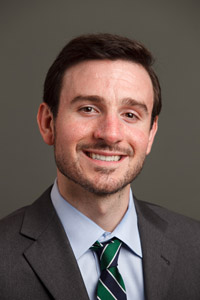 JFK 50 Years Later: What Are the Legacies of His Presidency and Assassination?

It can be a challenge to judiciously assess John F. Kennedy's presidency. The initial studies of Kennedy's time in office were written by people such as Arthur Schlesinger Jr. and Ted Sorensen, both personal friends of the president. These books were glowing in their appraisals, and they tended to whitewash the less appealing parts of Kennedy's record. Writers who might have undercut Kennedy's reputation were denied access to information, if they were not openly pressured into changing their narratives.

These hagiographies triggered a predictable backlash. A series of books were later produced that fixated on Kennedy's personal shortcomings, including his womanizing and reliance on drugs to manage health problems.

Now, a more balanced appraisal of Kennedy is finally emerging.

Kennedy bears much of the blame for the Bay of Pigs—one of the most disastrous military operations in the country's history—yet he also deserves immense credit for his extraordinary leadership during the Cuban Missile Crisis, the closest the world has ever come to nuclear war.

Kennedy was timid on civil rights and dragged his feet on his pledge to desegregate public housing, but he eventually bravely spoke out on the immorality of segregation.

Kennedy was uninterested in domestic policy, and most of his major initiatives died in Congress. But his inspirational vision of government service inspired a generation of future American leaders.