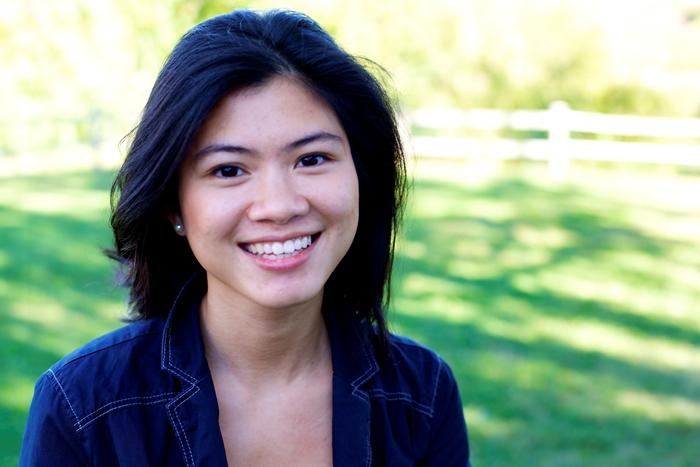 As an international studies and policy management double major at Dickinson, Oanh-Nhi Nguyen '13 dedicated herself to addressing the needs of others—victims of sexual violence, abused children and sexually exploited women, to name a few.

Her interest in serving groups such as these took her from the United Nations to the U.S. Army Peacekeeping and Stability Operations Institute (PKSOI) to a Native American reservation in Arizona, where she volunteered during an Alternative Spring Break. And her efforts earned Nguyen a spot as a semifinalist for the Peace First Prize, an honor bestowed on young people who've shown leadership in making positive, lasting change.

Now, as the acting director and a faculty member of the broadcast journalism program at the Convent of the Sacred Heart in Greenwich, Conn., Nguyen is still at it, recently creating the Comprehensive Response to Violence Against Sexually Exploited Women (CRVASEW) project in Philadelphia and directing LEAD, a youth violence-prevention and mentorship program she founded at Dickinson.

What did you get from your Dickinson experience that you don't think you could have gotten anywhere else?

My passion for human-rights issues relating to gender violence and anti-trafficking was developed through unique and intimate experiences I gained at Dickinson. I co-edited a documentary for the Global Clothesline Project on domestic-violence survivors from Bosnia-Herzegovina, Venezuela, Cameroon and the United States.

Because of Dickinson's special partnership with the PKSOI, I gained real-life experience in developing the conflict-related sexual violence section of the Protection of Civilians Military Reference Guide. During my senior spring semester, I pursued independent research on sex trafficking in central Pennsylvania.

This research led me to intern with AEquitas, where I am helping to develop a project for sexually exploited persons in Philadelphia. All these experiences shaped me personally and professionally, and I know I could not have gotten them anywhere else.

Can you pin down your favorite memory from your time at Dickinson?

I studied abroad in Norwich for a semester, and I will never forget how much I grew from the experience. I pursued independent research projects that made me interact with people I never would have thought I'd meet, such as a children's book author and a famous architect who designed the new Norwich Market.

When you weren't hitting the books, how did you like to spend your time in Carlisle?

I would go hiking at nearby trails with my friends or go out to eat at Café Bruges, Gaia or Issei Noodle.

What was your favorite place on campus?

It was either The Quarry or the academic quads. I loved sitting out on an Adirondack chair or drinking a chai at The Quarry while catching up with my friends.

Raphael Lemkin, the human rights lawyer who coined the term "genocide." Although he was not well known for his efforts, Lemkin was steadfast in authoring the United Nations Convention on the Prevention and Punishment of the Crime of Genocide in 1948. I recently had lunch with one of his closest friends.

Oanh-Nhi Nguyen's Oct. 2012 article on the Peace and Stability Operations Journal, "Sexual Violence in Armed Conflicts: A Conspiracy of Silence"