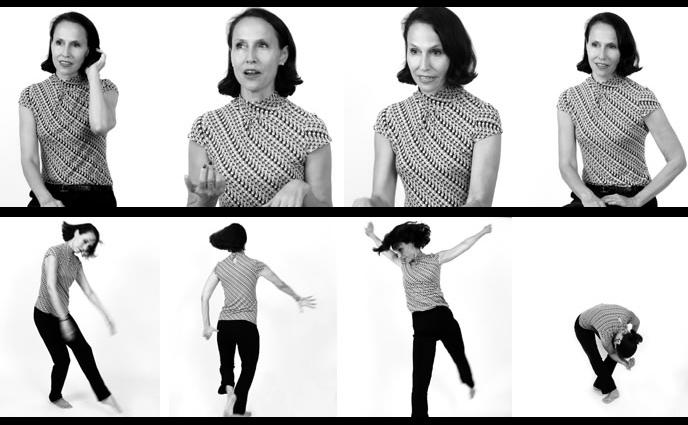 The director and assistant professor of dance discusses her latest project and how the political climate and cultural history inspire her choreography.

Your decades-in-the-making new production The New Ecstatic opens Oct. 3 in New York's acclaimed Danspace Project. What will viewers experience during the performance?

They will see a full-evening 60-minute dance concert without an intermission that is comprised of three main works: excerpts from a signature piece I made in the mid '90s called Higher Ground; film of the 9/11 project I did for the 10th anniversary of 9/11; and a new duet that I've made in collaboration with dancer Cori Kresge. The new work is part of an on-going question I've dealt with since 9/11, which is what do we dance about in our post-disaster time? What is the role of a moving body in our anxious post-9/11 climate? In making the new work, I researched sources such as Danse Macabre, labyrinths and the early work of Martha Graham. The result is a dance that is bold and dramatic. It's been interesting for me to put work that was made in very different time periods side-by-side. The earlier work was made during the Clinton years and The New Ecstatic made during the Bush and Obama era. One will definitely see a change in our dancing bodies from one decade to the next. The ebullient ecstatic of the '90s has morphed into a dark, heavy and chaotic body of '00s. I know this sounds grim but those who have watched our dress rehearsals have found it quite beautiful in its starkness.

The 9/11 project earned you and your students an invitation to perform it at the 10th anniversary 9/11 ceremonies in New York, Washington, D.C., and Shanksville, Pa. How would you describe this "dance of silence" for those who haven't seen it?

I describe the 9/11 project as a roving, guerilla-style, embedded dance that moved in slow motion over the course of three hours to three locations in New York and was performed simultaneously in Washington and Shanksville. When I was doing research for the dance, I was drawn to bodily postures we see in civil-disobedience protests. The idea of a folding, collapsing and limp yet defiant body in public spaces was interesting to me. Also, I had lived so close to Chinatown for many years and was always intrigued by watching large groups of Chinese men and women do Tai Chi in the morning. It had quite an effect on me. These two movement sources combined form the choreographic score for the 9/11 dance. And, rather than doing a site-specific dance that would be announced publically, I drew inspiration from the meditative quality of Tai Chi and choreographed a way for us to spontaneously begin the piece out of crowded spaces. The piece also was heavily inspired by Maya Lin's Vietnam Memorial. The way she marries the formal with the political resonated with me and continues to form the main tension in my work between the aesthetic and political.

As an educator, your focus is in dance literacy. Compare that to your work as a professional choreographer. How do the roles affect your teaching method?

In both my work and teaching, I am always thinking about history, context and the contemporary moment. For my students, this translates as an ongoing investigation about the history and memories that bodies carry. In other words, historicizing the body is very important in both my teaching and work. The only slight difference that I experience is that, at the professional level, I get to work with a greater degree of nuance and sophistication with dancers and collaborators. But overall, I do expose my students to the messiness of art (dance) making. The process of free writing, drafting, composing, erasing, beginning again and so on is the same for me whether it is in a New York studio or in a Dickinson classroom.

Speaking of dance in public spaces, what can we expect to see on campus this year?

I am working with the students on multiple levels to help them get their ideas about dance and the body out into public spaces around campus. Some of the students are studying the work of Marina Abramovic and are inspired by her Mutual Gaze Project that was shown at the Museum of Modern Art in 2010. So, we might see mutual-gaze projects across campus. I am also inspired by the artists that curator/art theorist Nato Thompson writes about in his book, Living as Form—artists such as Allora and Calzadilla, who create political yet ephemeral public art projects. The DIY "participatory-democratic" aesthetic seems to resonate with my students. They are working on several interesting projects that will occur across campus this year. I love sharing the concluding thought in Thompson's essay with students: "For, as art enters life, the question that will motivate people far more than 'what is art?' is the much more metaphysically relevant and pressing 'what is life?' " That said, let's keep our eyes peeled this year for a "thousand flowers" blooming across campus.