From Passion to Profession 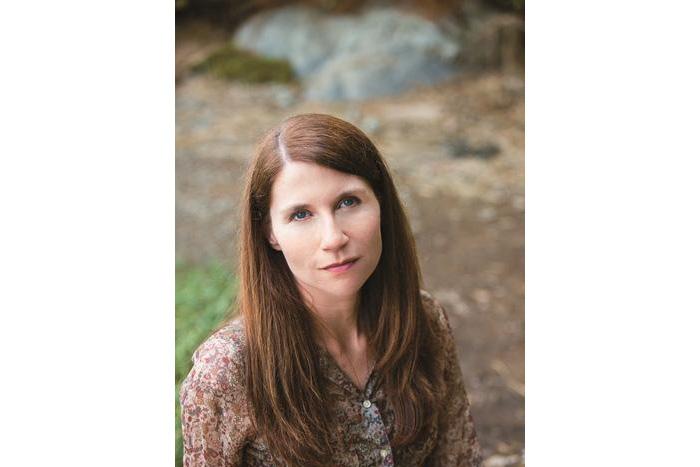 To Jennifer Haigh ’90, asking someone when they decided to become a writer are two separate and distinct questions.

Haigh says that she’s been a writer her entire life, but it was only about a decade ago that she decided to make her passion her profession.
Not many people get to do what they love for a living, she says. And not many people get the chance to write more than one book, either. For Haigh, the writing gods have been nothing short of kind, beginning with her debut novel, Mrs. Kimble, which garnered the PEN/Hemingway Award for new fiction.

Last year, her most recent novel, Faith, was released to critical acclaim, and one of her short stories was included in the Best American Short Stories 2012, alongside fiction greats like Alice Munro and Mary Gaitskill.
This month will see the release of her latest, News from Heaven: The Bakerton Stories, an interconnected collection of short stories that hearkens back to her second novel, Baker Towers. The collection already is widely lauded, with Janet Maslin of The New York Times calling it "an uplifting and radiant book," and Pulitzer Prize-winner (and 2011 Stellfox recipient) Richard Russo comparing Haigh’s fictional Bakerton, Pa., to Sherwood Anderson’s legendary Winesburg, Ohio.

A native of western Pennsylvania coal town Barnesboro—which served as inspiration for Bakerton—Haigh was primed to be a writer since childhood. Growing up, Haigh “was always in love with books,” she says, citing William Faulkner and Richard Yates among her influences.

Yet it wasn’t until after her college days when Haigh, who now makes her home on the South Shore of Massachusetts, made the choice to write professionally. “While I was at Dickinson, I was starting to write, but it was very childish and showed no promise at all,” says Haigh, who majored in French. “It was like I was learning to crawl at that point, which was unlike some of my classmates who had been writing short stories for years.”

Haigh credits her time at Dickinson for helping push her toward her pursuit of writing professionally, though. “If you wanted to do something, you could a find a way to end up doing it there,” she says. “You didn’t need to be fine-arts major to take a photography class, and you didn’t need to be an English major to take a creative-writing workshop.”

And in her work, Haigh tackles myriad themes and topics. She’s done everything from painting a portrait of Rust Belt Americana to exploring the world of Turner’s syndrome, a chromosomal abnormality that affects females. And in Faith, which is set in Massachusetts, Haigh delved into the sex-abuse scandal that has rocked the Roman Catholic Church during the last decade.

Haigh also takes on multiple projects at a time, including a film adaption of Faith. “Writing a script is nothing at all like writing a novel, even when you’re telling a story that you know very well,” she says of her latest challenge. “It’s very difficult to trim a 400-page novel into two hours of screen time. The best you can do is to compose a slide show, of sorts. The hardest thing is that, as writers, we are very attached to the language of our work. A script actually contains very little dialogue.”

But even though she’s constantly writing, Haigh—who is also an MFA graduate of the venerable Iowa Writers Workshop—says that there is no specific muse she goes to for inspiration. She starts writing first thing in the morning, and during the early stages of a manuscript, she typically spends three or four hours on a draft each day.
“I don’t really get inspired,” she explains. “There’s no moment where Saint Paul falls off his horse for me. Instead, coming up with a novel is a slow and gradual process.”

Haigh is now working on her sixth book.

“It’s a hard thing to do well and to continue to do well,” she says. “Most writers never publish another novel. The challenging part is to keep finding new stories and to keep inventing.”