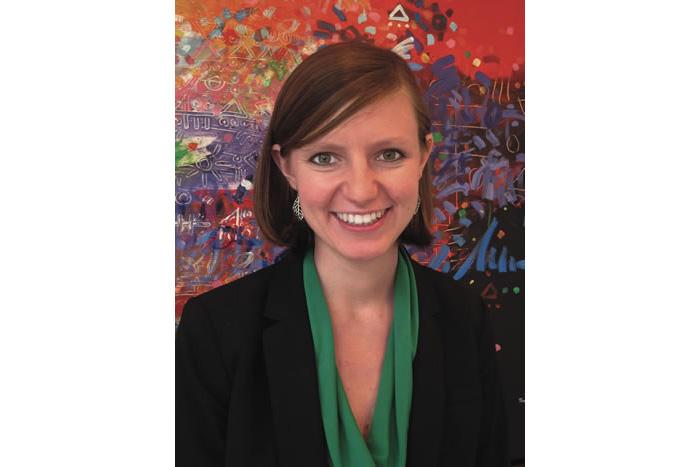 "My most formative years have been in the United States—not the least of which was being at Dickinson and discovering the notion of public service," says Anya Malkov '08, who emigrated from Russia when she was 14.

The city of Kurgan, Russia, is 1,250 miles east of Moscow and one of the better-known stops along the Trans-Siberian Railway. Settled in the mid-1500s, Kurgan for centuries was a small town of wooden buildings facing the Siberian frontier.

Today, the city of 300,000 is no longer a remote outpost. But for an idealistic young girl—and her family—options there remained limited.

“As long as I can remember, I wanted to be part of something bigger than myself,” recalls Anya Malkov ’08. “In Russia, there really wasn’t the opportunity for that.”

When she was 14, her family emigrated from Kurgan to Loveland, Colo., later settling in nearby Fort Collins. When they arrived in the United States, no one in the family spoke much English; her father had chosen Loveland because a college friend of his lived there. Five years later, Malkov graduated as valedictorian of her high school.

“When I came to Dickinson, I thought I would be an international-relations major,” she says. “Then I got involved with student government, and people said I should check out policy management. The two are very much intertwined for me—I can’t really picture Dickinson without them.”

Malkov served on Student Senate all four years, becoming president her senior year. The policy-management major and Spanish minor also earned a Finnegan Fellowship to intern at the Pennsylvania Department of Health and studied a semester at Dickinson’s site in Málaga, Spain.

Her senior year, she coordinated U-Turn, the student-led, year-end yard sale to benefit the United Way. “It was one of my proudest accomplishments,” says Malkov. “It required hundreds of volunteers, a full-fledged publicity campaign and tight coordination among college and town representatives. The thing that I love is that it’s an all-community effort. I had a firsthand experience in seeing how powerful personal connections can be.”

After graduating, having won the John Patton Prize for High Scholastic Standing, Malkov joined the Pew Center for the States’ Pre-K Now campaign in Washington, D.C., first as a federal-policy fellow, then as government-relations associate. For three years, she advocated for high-quality, early-childhood education, building connections with Congressional staffers as well as with organizations such as the National School Boards Association and American Federation of Teachers.

While living in D.C., she also volunteered for Language ETC, a nonprofit community-based program that provides English-literacy education to immigrants. When the 10-year Pre-K Now campaign entered its wrap-up stage last summer, Malkov decided it was time to return to school.

Now at the Kennedy School of Government at Harvard University, Malkov just completed her first semester as a fellow at the Center for Public Leadership.

“Everyone here is the kind of student I was as an undergrad,” she says with a laugh. “People here have an incredible amount of energy—they’re starting organizations left and right. They constantly inspire me.”

She’s decided to focus on a few key policy areas: women’s issues, education and immigration reform. “I’d like to take the skills I’ve developed—everything I’ve learned about government, the legislative process, elections, all that—and apply them to issues I’m passionate about,” she explains.

“We need strong public institutions—education, health care, libraries and community centers,” Malkov continues. “We need more organizations like Language ETC and the community-based school where my parents took ESL lessons. Immigrants have a strong entrepreneurial spirit, but that alone isn’t enough to achieve the American dream. That applies not just to immigrants but to all Americans working hard to move up in the world.”