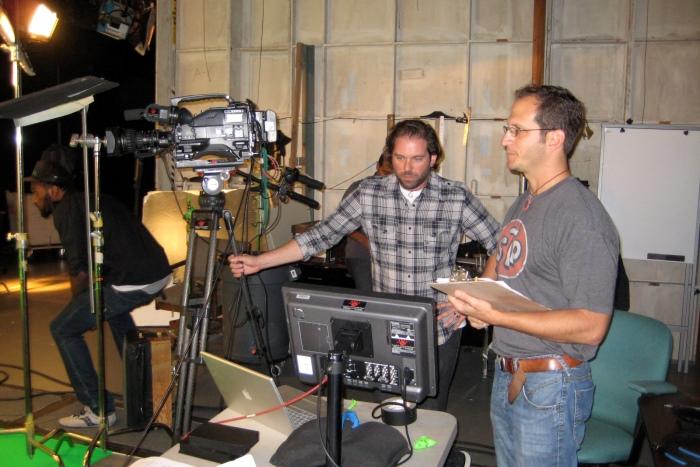 You're at a child's birthday party, and everyone is smiling and laughing. Mom or Dad walks in with a birthday cake, candles lit and ready to be blown out. The gathered guests sing "Happy Birthday," and the birthday boy or girl leans forward, takes a deep breath and … another kid blows out the candles. The shocked, silent awe is brief, followed quickly by crying and probably some anger, as Mom or Dad just as quickly relights the candles. But what do you call what just happened? How can there not be a word for this all-too-familiar act? Well, there is:

WISHJACK (WISH-jak) v.: To blow out the candles on another child's birthday cake.
But you won't find it in Webster's or the Oxford English Dictionary. Where you'll come across "wishjack" and words like it is The Kid Dictionary: Hilarious Words to Describe the Indescribable Things Kids Do, written by Eric Ruhalter '90 in a remarkably canny attempt to coin words for the sometimes baffling and ubiquitous things every parent experiences.

Ruhalter, who lives in New Jersey with wife Kara and their three kids, explains how inspiration struck: "It wasn't long after my son Jaxen was born that it became clear to me that many of the circumstances I was encountering as a new parent were unusual and hilarious," he says. "But there were no words to describe them. When you become a parent, your life changes dramatically, but you're left with the same old vocabulary you had before. The Kid Dictionary was the answer to that."

In filling that void, The Kid Dictionary creates terms for a wide variety of previously unnamed events, items and phenomena of parenting that anyone who has hosted a sleepover, birthday party or play date will find familiar:
TOYPHOON (toy-FOON) n: Routine recreational activities of children that leave their playroom looking like it was decimated by a hurricane.
GARBOFLAGE (GAHR-boh-flaj) v: To hide a piece of your child's artwork under other paper in the recycling bin so they don't catch you throwing it away.
DOMESTIC VIOLATION (doh-MESS-tik VY-o-lay-shun) v: The potentially lethal mistake of referring to a stay-at-home mom as someone who "does not work."
"Once I got started and shared my first words with the very few people who were willing to read what I was writing, and they thought it was funny, I got to thinking that this might be worth pursuing," Ruhalter says. "And the more time I spent around kids, the more I realized just how many parenting-related scenarios there were that lacked words to describe them."
After self-publishing two volumes of The Kid Dictionary (which helped Ruhalter sell it later), he began pitching it to publishers, eventually landing a deal with Sourcebooks, which released a redesigned, expanded version of the book. (The companion Web site was designed by another Dickinson alum, Jon Mace '91.) Ruhalter, an economics major at Dickinson, says that while his major didn't lead him to write the book, his Dickinson experience as a whole surely played a part.

"The liberal arts teach you how to learn, which is something you have to do your whole life," he says. "Economics didn't inspire me to be a writer per se, but my economics professor and academic advisor, Gordon Bergsten, inspired me and gave me the freedom to be me. Dickinson is where I found a love for creativity and self-expression."

Hard work and the right idea

These loves led to both The Kid Dictionary and to Ruhalter's current career as senior writer/producer of on-air promotions for AMC, where he creates commercials for the network's original series (such as Breaking Bad, Mad Men and The Walking Dead) and movies it airs. "I look forward to the creative challenges of producing promos that can get people's attention in unique ways. Basically," he adds with a laugh, "it is my noble duty to try and coax people to watch more television."
Ruhalter juggles different roles at his AMC job, but getting The Kid Dictionary off the ground was a different, and perhaps meaner, animal altogether. "In addition to being the writer, I was the designer, the marketer, the publisher, the PR person and the distributor," he explains. "But I was always told that when you have the right idea, you'll know it, and I knew it. When you're passionate about something, hard work doesn't seem so hard."
For More: