Dickinson College to Host Constitution Day Event: The Past and Future of the Political Supreme Court 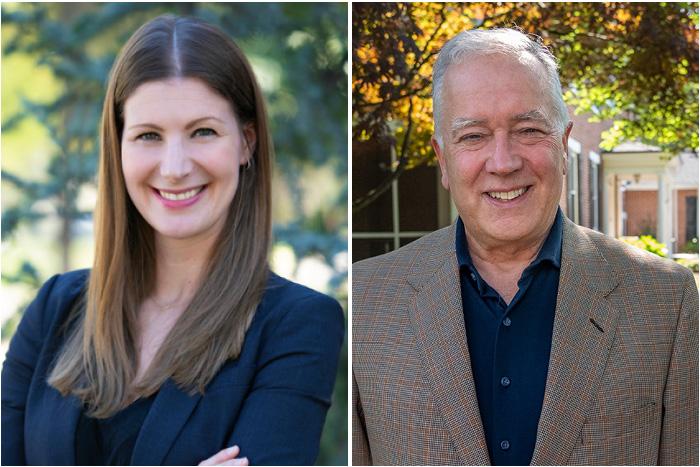 Examining the Historical Context of Judicial Partisanship and Other Issues

Former federal judge and Dickinson President John E. Jones III '77, P'11, will welcome noted political historian Rachel Shelden for a wide-ranging conversation, putting controversies over elections, abortion and judicial partisanship into revealing historical context. “The Past and Future of the Political Supreme Court” will take place Thursday, Sept. 15, at 7 p.m. in the Anita Tuvin Schlechter (ATS) Auditorium. This event is free and open to the public. Masks are optional. The lecture will also be livestreamed and available via a link at The Clarke Forum website. This event marks Dickinson’s Winfield C. Cook Constitution Day Program.

Jones was named Dickinson’s 30th president in February after he retired in 2021 as chief judge of the U.S. Middle District Court of Pennsylvania. He was appointed to the federal bench by President George W. Bush and unanimously confirmed by the Senate in July 2002. Jones has presided over several high-profile cases. In 2003, he struck down portions of Shippensburg University’s speech code on the basis that it violated the First Amendment’s free speech guarantee. In 2005, Jones presided over the landmark case of Kitzmiller v. Dover School District, after which he held that it was unconstitutional to teach intelligent design within a public school science curriculum. In 2014, Jones resolved the matter of Whitewood v. Wolf by striking down as unconstitutional Pennsylvania’s ban on same-sex marriage.

Shelden is an associate professor at Penn State University and director of the George and Ann Richards Civil War Era Center. Her work centers on the long U.S. Civil War era with a focus on politics, culture, slavery, constitutionalism and law. Shelden’s current book project, entitled The Political Supreme Court, examines the political world of U.S. Supreme Court justices from the early nineteenth century to the 1890s.

The Winfield C. Cook Constitution Day Program is an annual event endowed through the generosity of its namesake, a former Dickinson trustee. The event celebrates the signing of the United States Constitution and commemorates Dickinson’s connection to that document, through John Dickinson’s participation as an original signer. Each year, the Clarke Forum invites prominent public figures to campus to speak on a contemporary issue related to the Constitution. Previous speakers have included Kenneth Starr, Ira Glasser, Lowell Weicker, Marjorie Rendell, Tom Ridge, Michael Chertoff, Kimberlé Crenshaw, and Ibram X. Kendi.

This program is sponsored by the Clarke Forum for Contemporary Issues and the House Divided Project. It is also part of the Clarke Forum’s Leadership in an Age of Uncertainty Series.