Dickinson Celebrates Largest Fundraising Year in Over a Decade 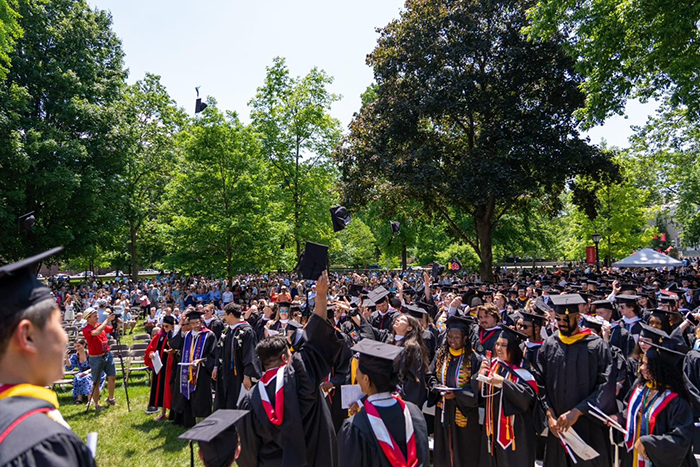 Dickinson closed the books on the 2021-22 fiscal year on June 30, and the final figures show that the last year was the largest fundraising year in over a decade for the college. Together, alumni, parents and friends gave nearly $39 million in gifts at commitments to Dickinson.

“Thanks to your record-breaking generosity this year, Dickinson is educating students who will change the world,” says Dickinson President John E. Jones III ’77, P’11.

Following the close of the fiscal year, the college released a "Report on Giving" in Dickinson Magazine detailing the banner fundraising year. Highlights from the report include: