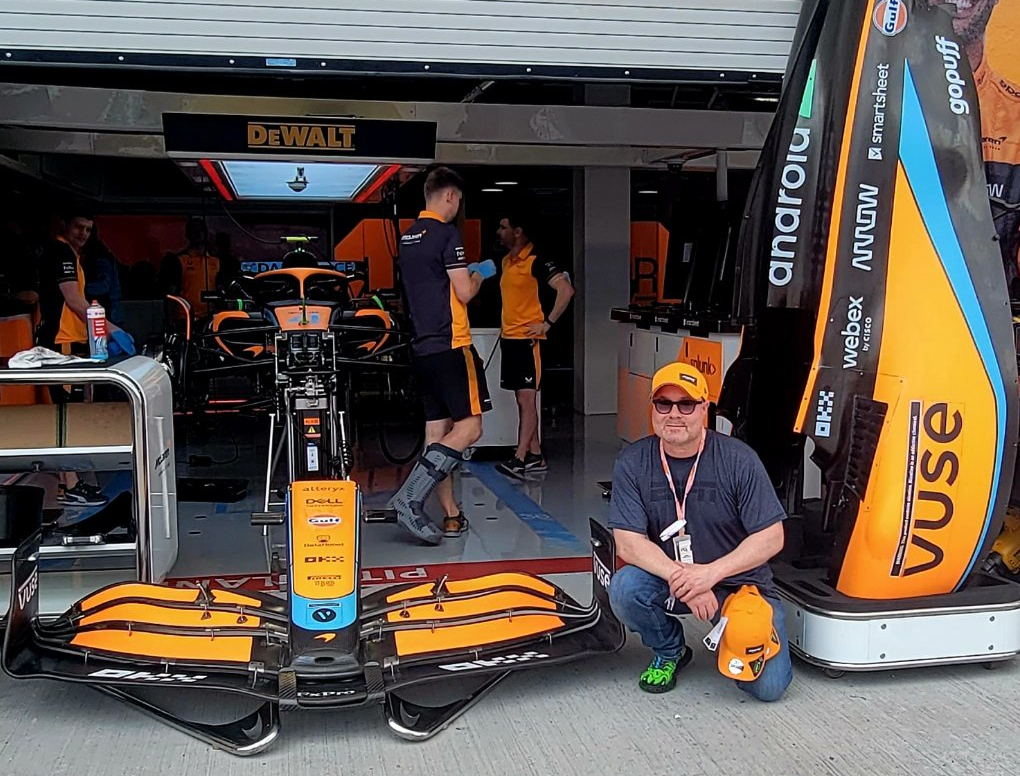 The liberal-arts education at Dickinson was everything I needed to be successful in my career. I mean, come on now! A major in cultural anthropology and a minor in Native American archaeology were exactly what a career in sports media needed! You may think I’m kidding, but actually I am not. The study of different cultures (past and present) can explain so much about business and life, and help make sense of the world. I learned how to fearlessly ask questions at Dickinson, and my professors encouraged me to understand different points of view, collaborate and work with others to gain perspective. It helped form the person I am today, leading fan support for ESPN and Disney Worldwide Services, where every day I interact with the fans in the stands and the suits in the suites!

I loved doing wheel work (“throwing” bowl pottery) in Weiss Center. It was a requirement for my minor. I was terrible at it for quite some time, but I worked my tail off to get a decent grade. I ended up loving my time there working on the potter’s wheel and continued to do pottery long after the class ended. It was a place to go and relax, listen to music and be creative.

I studied Native American archaeology after my sophomore year in Taos, New Mexico, through Southern Methodist University (SMU) at Fort Burgwin. Nestled in the Sangre de Cristo Mountains, it was heaven on Earth. I learned so much about Native American cultures of today and of their ancestors of centuries long gone. I worked at some incredible dig sites and learned about the current struggles of Native Americans living on reservation lands and oppression that exists through today. Understanding the lives of others was a critical component to a Dickinson education.

Playing coffee house gigs in my band on campus. Lots of fun and met many wonderful people through those long Grateful Dead sets.

I provide winter “externships” every year for a Dickinson student to work on a project at ESPN/Disney. I enjoy mentoring at Dickinson when I can.

Upon graduation, I realized that I would need a Ph.D. to become an anthropologist, and the costs and grad school debt were not realistic for me at that time. However, my degree was in liberal arts, so the world was my oyster. I enjoyed technology, so I found my way to employment at AT&T, working in their mobile division (early cell phone days) and learned how to build and oversee contact centers through the AT&T School of Business. I would move to different parts of the country and design these customer service programs for AT&T as the wireless industry grew. Then one day ESPN called as they needed to build a customer support program for their world: including mobile apps, fantasy gaming, eventually streaming services and much more. I’ve been with ESPN and Disney since 2005, and the program growth continues to this day!

I lead the teams that provide live sporting event broadcast triage (streaming on ESPN or ESPN+), fantasy sports game support, talent support and anything else that would require a fan to contact ESPN for guidance. My teams span the globe from the U.S. to Australia/New Zealand to Holland, Brazil and Canada.

There have been lots of sports related memories, including lots of big games, Cam Newton palming my head (huge hands), Tiger Woods and Daniel Ricciardo fist bumps, standing on a vert ramp with Shaun White, having to get Tom Brady a drink, whatever ... It is all somewhat surreal and silly. All that matters is the health and happiness of my family. That's unforgettable.