We are all Americans, and Democracy Is Our Shared Faith 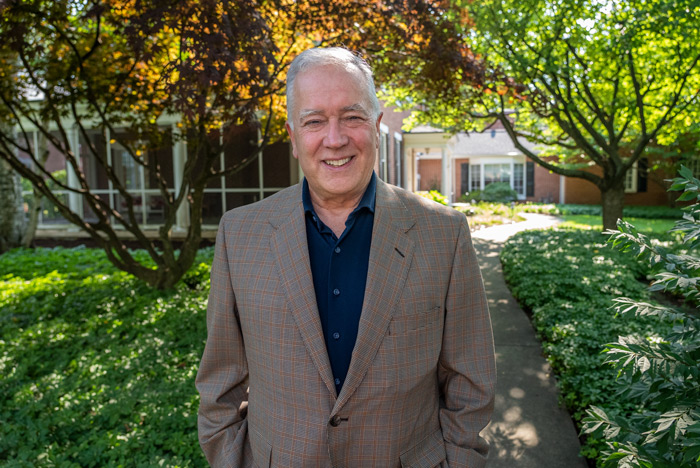 Dickinson College hosted the first Pennsylvania Republican gubernatorial debate on Jan. 5, 2022. Dickinson extended an invitation to the state Democratic party to host a forum for their candidates for statewide office, as well. American colleges and universities are exactly the kinds of places that should provide free and open platforms for wide-ranging political discussions.

In fact, Dickinson was chartered in 1783 by Benjamin Rush, a revolutionary who believed in this new democratic nation, and who knew it could only survive with an educated citizenry able to think critically about its leaders and its direction.

And yet as we recognize the first anniversary of the January 6th insurrection, there are troubling signs the fundamentals of our democracy are being discarded. While vigorous debate should be a hallmark on our campuses and in our country, it has been replaced in too many instances with a road rage mentality that drowns out opposing viewpoints and allows too many Americans to cling tight to accusations not based on facts or evidence and wholly without merit.

It both saddens and concerns me that many officeholders and candidates for public office cannot move on from the baseless narrative that the 2020 election was somehow not legitimate. This is a false narrative that is undergirded by contrived notions. Voters should know about those positions, scrutinize the facts and evidence, and defend the sanctity of our system.

I am reminded of my former colleague, U.S. District Court Judge Matthew Brann, who in 2020 summarily dismissed a lawsuit filled with accusations unsupported by evidence that sought to stop the certification of the 2020 election for President Biden. “In the United States of America, this cannot justify the disenfranchisement of a single voter, let alone all the voters of its sixth most populated state,” Brann wrote. “Our people, laws and institutions demand more.”

Judge Brann was correct. He gave former New York mayor and Trump attorney Rudy Giuliani every opportunity to present facts in support his incredible claims. In the end, Giuliani had none and embarrassed himself before a federal tribunal. Notably, dozens of judges across our nation came to the same conclusion—the election was not tainted by fraud.

Echoing Judge Brann—our people do indeed demand more. And they deserve better than this nonsensical exercise that mimics a dog chasing its tail. We are a country built on laws, and I have, for the greater part of my career, been dedicated to upholding those laws. At its best, this system allows for the rigorous pursuit of the truth, the protection of individual rights, and the safety of our nation. So, I take exception when people eschew the law, toss out facts, and disregard our nation and the system it was built upon.

Political differences feel as sharp as ever, but that does not prevent us from recognizing that regardless of party affiliation, we are all Americans. Democracy is our shared faith. The rule of law is our common code. We must recommit ourselves to upholding the great American tradition of combining vigorous political debate with a respect for the law and a peaceful transfer of power.

The Commonwealth of Pennsylvania, and this great nation, are facing searingly difficult challenges. Our political leaders need to engage in civil discourse, constructive conversations, and forge collaborative solutions to the myriad issues that exist. But in the end, we can survive bitter disagreements over policy choices and even moral values. We always have. But we cannot survive disagreements that question the legitimacy of democracy itself. Those of us who recognize this grave danger must stand together to help the nation avoid the kind of crisis that Americans faced—and barely survived—during the Civil War.

I urge those who are seeking high office to consider their duty to uphold the rule of law, and to support our democracy. To do otherwise, particularly based on an utterly nonsensical series of falsehoods, tears at the fabric of our cherished system of government. Our citizens deserve better, and it is my hope that all candidates will provide that. The continued vitality of our democracy depends on nothing less.

John E. Jones III is the interim president of Dickinson College in Carlisle. He formerly served as chief judge in the U.S. Middle District Court of Pennsylvania. He was appointed to the bench by former President George W. Bush in 2002.