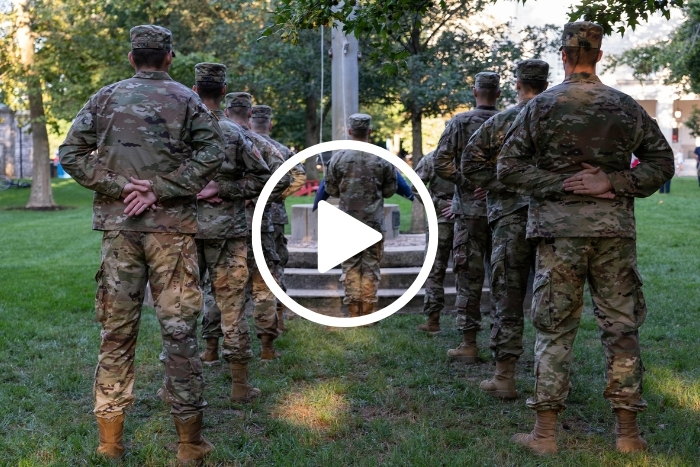 Dickinson honors those lost in the Sept. 11, 2001, terrorist attacks

Those who died in the 9/11 attacks were honored during a Patriot Day observance organized by the Blue Mountain Battalion Reserve Officers' Training Corps (ROTC). The solemn ceremony marked the 20th anniversary of 9/11.