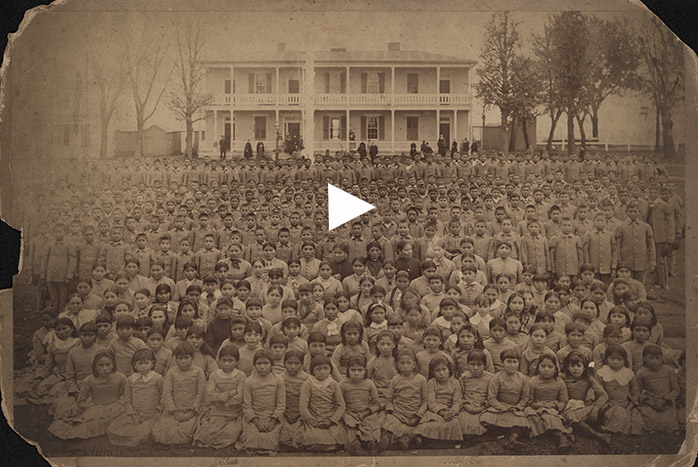 Dickinson's resource center is the most comprehensive, digitized collection of all remaining known documentation from the Carlisle Indian Industrial School

The Carlisle Indian Industrial School was established by Richard Henry Pratt in 1879. It was the first federally funded off-reservation boarding school in the U.S. Pratt’s mission was to assimilate Native American children by removing them from their homes, their families, their communities and their culture. Nearly 7,800 students attended Carlisle until it closed in 1918, including famed Olympian Jim Thorpe. While enrolled, 234 students died, and approximately 190 children were buried at the school. Since 2017, the remains of 21 students have been disinterred and repatriated to their home communities.

The CIS Digital Resource Center is a critical source of information for descendants, historians and scholars. Teams of Dickinson students have scanned documents housed at the National Archives—more than 300,000 documents have been digitized since 2013. Thanks to the CIS Digital Resource Center, people can discover more about their ancestors who attended Carlisle and learn more about the operations of the school and its complex legacy.