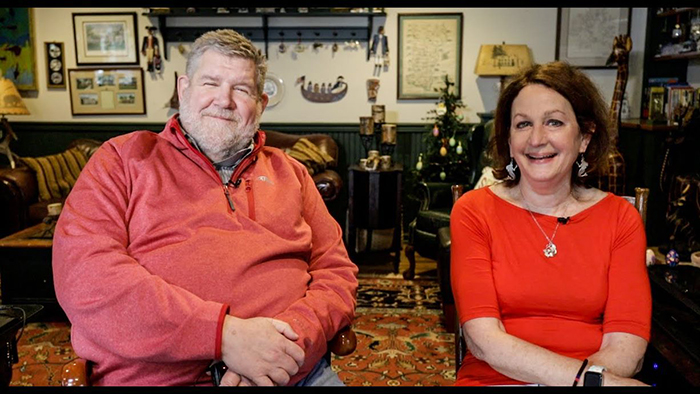 Eric '78 and Kyle Stewart '78 Evans are inspired to give back to the college that brought them together by supporting Dickinson scholarships.

Alumni Couple Sees Scholarship Giving as Investment in the Future

Eric Evans ’78 has many standout memories of his undergrad years. A history major and research assistant who played the college’s co-founder and namesake, John Dickinson, in the musical 1776, Evans rocked out during Bruce Springsteen’s on-campus concert on campus as a first-year and during Billy Joel’s Dickinson performance in 1978. Eric also sang in the choir and performed in musicals.

Much more profoundly, he gained a future life partner at Dickinson—wife Kyle Stewart Evans ’78—and lost a parent, when his father passed away during his first year on campus. Compounding his grief, the young first-year worried that he wouldn't be able to afford to continue his education.

The anxieties of that moment alerted Eric to the ways that financial insecurity can derail a life’s dream. As undergrads, he and Kyle both found a caring community of professors and lifelong friends, and they both graduated and launched successful careers.

Today, the Evanses give back to the college that brought them together by supporting Dickinson scholarships. "The college sets the bar very high," says Kyle, "and I think scholarship support is a great way to offer opportunities to students who otherwise wouldn't be able to afford a school like Dickinson."

“Giving back is something we both did as individuals, before we got married, and also as a Dickinson couple,” Eric says. “What we can do, we do, and I think the efficiency of how we use the resources we have will paid dividends for students for a long time.”