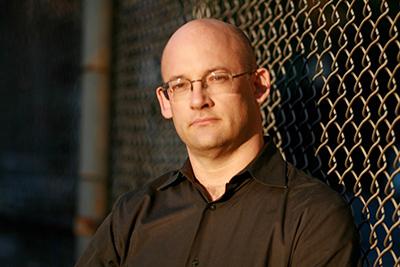 Clay Shirky, one of Foreign Policy's "Top 100 Global Thinkers," will deliver the Poitras-Gleim Keynote Lecture April 25 at 7 p.m. in Dickinson's Anita Tuvin Schlechter Auditorium, where he will discuss how Internet technologies can help improve American government and democracy. The presentation marks the 50th-annual lecture funded by the Poitras-Gleim endowment, a gift from Ted and Kay Gleim Poitras ’53.

Shirky, Distinguished Writer in Residence and assistant arts professor at New York University, is one of the world's leading thinkers on the social and cultural effects of the Internet and mobile phones, particularly on the access and organizational reach each makes possible. He has served as the Edward R. Murrow Lecturer at Harvard's John F. Kennedy School of Government, and his writings have appeared in The New York Times, The Wall Street Journal, Wired, and the Harvard Business Review. He previously has given talks at Oxford University, the U.S. State Department, and TED, where his speeches have received more than 1 million views.

Shirky is the author of several books, including Here Comes Everybody: The Power of Organizing Without Organizations, which The Guardian named one of the 100 greatest nonfiction books ever written, and Cognitive Surplus: Creativity and Generosity in a Connected Age.

Shirky's address will serve as a capstone to a semester-long series of events organized by the Student Senate Public Affairs Committee titled "The Next Great Debates: Perspectives on Emerging Problems." Past speakers in the series include Betty Friedan, Bob Dole and Danny Glover.