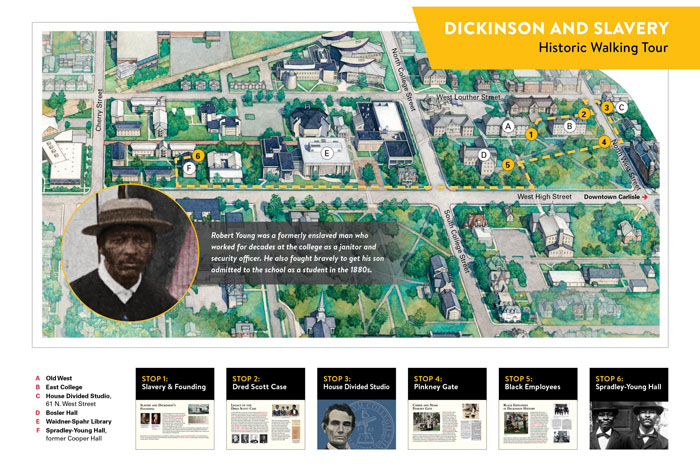 On April 7, Dickinson’s House Divided Project will launch a historic walking tour on campus for the Dickinson & Slavery initiative. The launch coincides with National Walking Day as well as Rev. Martin Luther King’s 1961 visit to campus, during which he gave a speech previewing his famous “I Have a Dream” speech.

The walking tour commemorates the role of slavery and freedom in Dickinson history, and it includes the following stops:

The event is open to the college community, and attendees should meet at the steps of Old West at 11:45 a.m. on Wednesday for the noon start time.