Following in the Footsteps of the Fishcake King 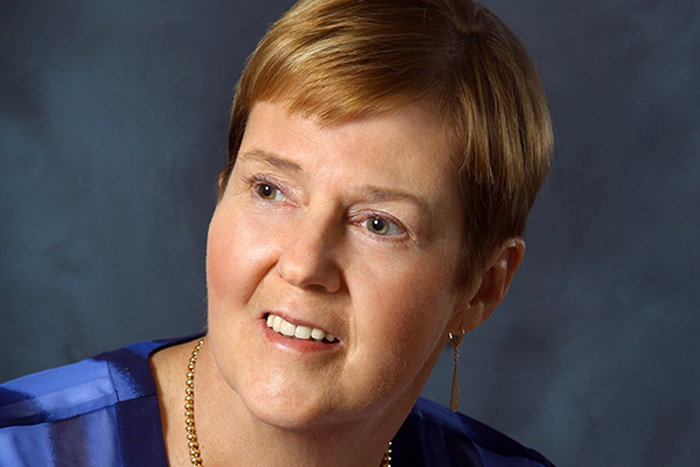 Summer vacation was eye-opening for young Helen Piszek Nelson P’05. While her teenage friends sunbaked at the shore or jetted to Europe, Helen
and her brother traveled with their parents to Poland, where Western- style restaurants, shopping and hotels were not yet a thing.

“There wasn’t much to do—the highlight was feeding the pigeons or traveling to the countryside,” Helen says with a laugh. “It exposed us to a very different kind of life.”

Much has changed in Poland during the half-century since—thanks, in part, to Helen’s father, a well-known industrialist and philanthropist who worked to improve lives for Polish people in need and helped foster greater Polish-American cultural understanding. Now, Helen and husband Erik are making it possible to continue that spirit of global education through the Edward & Olga Piszek Fund for Polish Studies.

The family story begins with Helen’s father, Edward Piszek, the son of two Polish immigrants who grew up in the same town and reunited years later, after separately immigrating to the U.S. As a young man, Edward worked in a General Electric plant in

Philadelphia, and when his union went on strike in 1946, he partnered with a friend to make and deliver crab cakes to local establishments. One week, after making too many crab cakes, he froze them for later sale, and discovered a profitable business plan. The seeds of a frozen-seafood empire were planted. The Mrs. Paul’s brand of frozen seafood took off, and in the ’50s, Edward bought out the company from his business partner. Edward was looking for ways to give back when he learned about a tuberculosis epidemic in Poland and the dire need for an X-ray unit in the town where his parents had been born.

Soon, he’d not only funded the needed medical equipment for communities all across Poland but also flew overseas to supervise the project. He also was involved in his local community, and he took pleasure in colorfully affectionate nicknames, such as “Fishcake King” and the “Polish Ben Franklin.”
“He was unique—and a force of nature. His mantra was ‘ruthless focus,’ ” says Helen, as she and Erik chuckle appreciatively. “He would get on something and wouldn’t let it go.”

Through his work in Poland, Edward met Cardinal Karol Wojtyla, later Pope John Paul II, who became a good friend and collaborated with him on philanthropic and humanitarian projects. Tuberculosis was eradicated in Poland, and Edward was honored as Rotary International Man of the Year.

Edward founded the Copernicus Society in 1972 to honor Polish achievements and to educate Americans about Polish culture, and vice versa. Through it, he funded a $1 million teacher-training Peace Corps program to build a strong stable of English-language teachers and established the first English-language magazine in the country to reinforce those language skills. Edward also bought the Philadelphia house where the Polish statesman Thaddeus Kosciuszko lived and donated it to the National Park Service, and he funded the Little League’s European training center in Kutno, Poland.

“He wanted to build a bridge between his parents’ homeland and his own. That was his quest, and it led him to meet and work with people all over the world,” says Helen, who, as a result, met Richard Nixon in the White House along with her family and later attended both of Ronald Reagan’s inaugurations.

Helen entered the family business after college, working in recipe development, quality control and advertising, and she earned an advanced degree in business at Gwynedd-Mercy College. She also was involved with her father’s foundation.

After Edward’s death in 2004, she made her first trip back to Poland in several decades. “Seeing Krakow after all of those years—it was like that scene in the Wizard of Oz, when it goes from black and white to color,” Helen remembers. “It was so different, so vibrant.”

The Nelsons’ third child, John, had entered Dickinson three years earlier—just weeks before the attacks of Sept. 11. Helen and Erik were pleased by the attention and care John and his classmates received from Dickinson professors and administrators. John flourished, academically and socially, and while he wasn’t able to study abroad in Israel, as he’d originally hoped, John took a mini-Mosaic trip to Europe. He earned a B.A. in religion from Dickinson and a master’s degree at the University of Pennsylvania. John now works in the emergency- preparedness field.

With John’s positive Dickinson experiences in mind, Erik and Helen established the Edward & Olga Piszek Fund for Polish Studies in 2005 to continue the cultural-education work and philanthropic spirit Helen’s father had sparked. The Nelsons have established programs to foster greater understanding between
Poland and America both at Dickinson and at Delaware Valley University, Doylestown, Pa. For Dickinson, this has meant a productive collaboration with Jagiellonian University (JU) in Krakow, Poland.

The Edward & Olga Piszek Fund for Polish Studies provides funds for a master’s student from JU to work on a thesis in American studies at Dickinson as a visiting scholar, and for Dickinson students studying abroad on Dickinson’s program in Germany, Italy and Russia to do a weeklong spring study tour to Poland.

Helen continues to look to her father’s example for inspiration, as she seeks ways to give back at her son’s alma mater, the local Philadelphia community and the world.

“Dad showed all of us that we can all pay it forward, one way or another” she says. “One person can really make a difference in the world.”