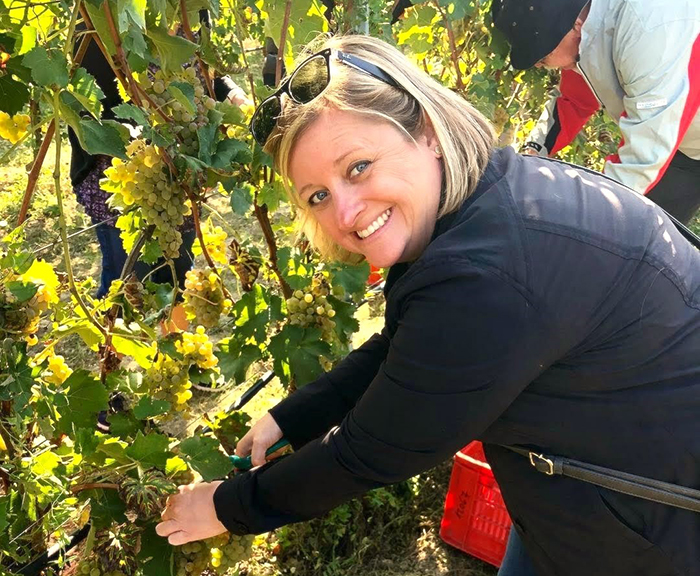 Kyle Carter ’99 had a good job with solid benefits and a house in the city. Then she was offered a new job at a small, family-owned startup in Central Pennsylvania. She was excited by the prospect, but was she truly willing to uproot herself and leave her 13-year career behind?

A Maryland native, Carter majored in psychology at Dickinson with a Spanish minor and played NCAA women’s lacrosse. After graduation, she accepted a job at the then newly opened Port Discovery Children’s Museum in Baltimore, where she worked her way from program associate to the fundraising and membership department, a position that put her communication skills and psychology degree—as well as  the nuanced understanding of human nature it brings—to work.

That sparked a career in nonprofit fundraising and development, including more than eight years as director of development services at the National Aquarium, a premier facility on the Baltimore Harbor. Everything changed in 2013, when she embarked with her cousin on a 10-day culinary tour of Italy.

The tour was led by Carter’s friends, Rynn and David Caputo, who’d recently launched a cheesemaking and travel business. Carter was hooked—on Italy, international travel and cheese. Her friends suggested she help manage the creamery’s annual tours to Italy.

“It was actually completely terrifying,” Carter admits. “I am not usually a risk taker, so to leave a steady job with a 401K and health insurance to jump into an operation that had only been in business a couple of years … there was a lot of soul-searching.”

Carter took the leap from a national organization to a three-person startup. Her house in Baltimore sold in three days, so she had to quickly find a new home in Pennsylvania.

As executive director of culinary experiences, Carter leads small-group tours of Italy that go off the beaten path and also manages special chef-led events. She's also learned about every aspect of the business: cheesemaking, production, packaging and marketing. She’s even overseen a restaurant expansion, plated a dish alongside James Beard-nominated chefs and brought a Tuscan butcher to an audience of thousands in York, Pennsylvania.

"That makes this feel like a full-circle experience," says Carter, who enjoys her current work but also can’t wait to get back to Italy.

“Spending time with the friends we have made there, enjoying the food and the lifestyle and getting to see people’s faces when they experience their first bite of real mozzarella di buffala or first sip of chianti classico in the vineyard where it was made—it’s priceless,” Carter says.