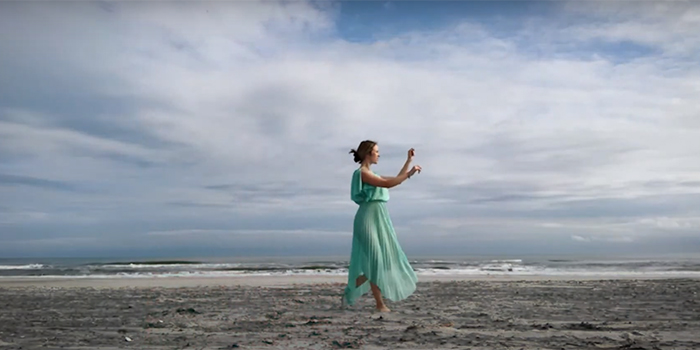 Performers recorded in a variety of settings for the digital concert The Quilt.

The event was livestreamed Friday, Nov. 20. Adhering to a licensing agreement, it was viewable on YouTube through Friday, Nov. 27.

The two-act concert blended short, prerecorded performances, live commentary and interactive elements, as audience members answered questions, responded to the interarts works, chatted and applauded via livestream comments. It was part of a series of livestreamed arts events presented by Dickinson this semester. 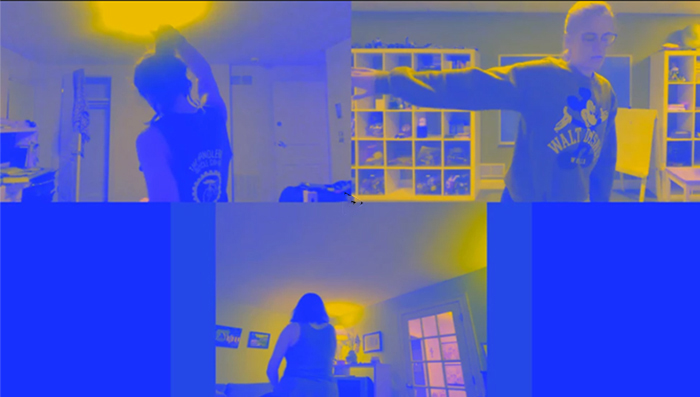 The Quilt included a performance of Meredith Monk’s “Earth Seen From Above From ATLAS,” choreographed by Jungeun Kim, with music by the College Choir. Student-generated works, including dance and student-directed theatre pieces, were also highlighted, along with hip-hop choreography by Adjunct Faculty Member Brian Frazier and puppetry interludes presented by Professor of Theatre Sherry Harper-McCombs, with puppets created by Harper-McCombs and Kristen Kim ’21 (English).

Because Dickinson’s fall 2020 semester is remote, student dancers in the Dance Theatre Group (DTG), led by Director of Dance Sarah Skaggs, learned their choreography remotely and recorded performances from bedrooms, living rooms, yards and parks, on a beach, onstage and on the street. Dickinson actors and directors also collaborated across the miles and presented solo works for the energized second act that was by turns reflective, joyous, funny and poignant. 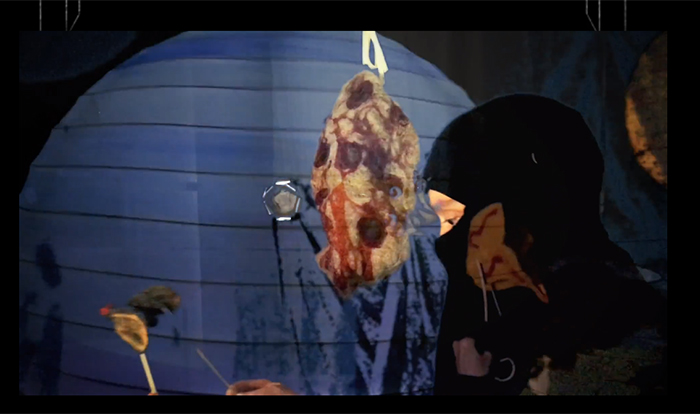 For their work with “Earth Seen From Above From ATLAS,” student singers, led by Professor of Music Amy Wlodarski with accompaniment by collaborative faculty pianist Brian Rotz, likewise practiced via a series of Zoom rehearsals from their homes across the country and around the world. They recorded their vocals separately on their own devices—Macs, PCs, home studios and phones—and Patrick Oh, Dickinson’s audio technician, mixed the recordings of individual student voices to create a perfectly blended soundtrack.

"For me, it was a metaphor for the entire season," Wlodarski said, in a prerecorded introduction to the joint DTG-College Choir performance. "It showed how individual voices, brought together through the miracle of technology, could create a stunning soundscape."

The Dickinson performers and artists posted about the creation process on the Vivarium Space website, where select past theatre projects are viewable. And on the big night, as student dancers moved to the sounds of music and prerecorded spoken pieces, including a vivid poem by LeRoya Sanford ’23 (undeclared), and Dickinson actors, directors, designers and artist-technicians showcased their craft, stage manager Matthew DiGregorio ’24 (undeclared) was on hand to troubleshoot technical snags and keep everything running smoothly. 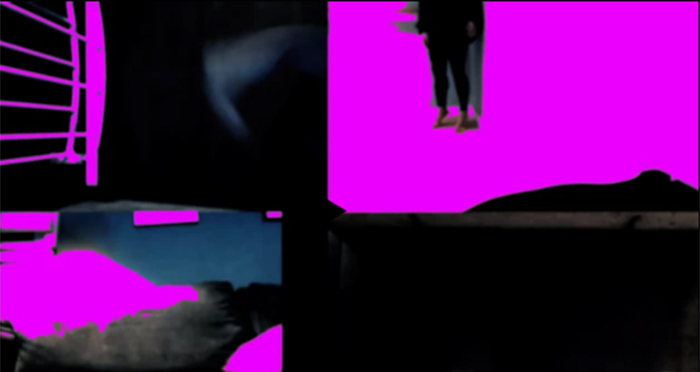 Despite the inherent challenges to creating, practicing and presenting this ambitious work remotely, the concert came together artfully, and garnered rave reviews in the comments section.

“These are such inspiring students,” said Kim, a Philadelphia-based dancer, choreographer, digital-media performer and University of the Arts professor, also known as J.e., who kept the audience engaged with icebreaker questions throughout the first act. “I’m so grateful for the chance to work with [them].”

While the final piece conveyed that beauty can arise from challenge, Skaggs and Wlodarski are quick to note that the act of creating and rehearsing together was in itself a triumph. “Through this process, we wanted students to realize that they are not alone—that they have the potential to come together in collaboration and creative expression,” Skaggs said.