Haitian-born Esery Mondesir’s movie looks at immigration to the U.S. 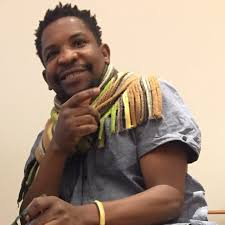 , an award-winning filmmaker, will share his documentary film What Happens to a Dream Deferred? and participate in a post-film question-and-answer session in a virtual event from Dickinson College’s Clarke Forum for Contemporary Issues. The event will take place Tuesday, Nov. 10, at 7 p.m. in a public YouTube livestream. The link is available at the Clarke Forum website.

Mondesir’s short documentary takes place on New Year’s Eve in Tijuana, Mexico, where Haitians are celebrating Haitian Independence Day and reminiscing about their arduous journey through 10 countries to the U.S./Mexico border that took place two years prior. The film is part of Mondesir’s “Haitian Trilogy,” exploring the lives of Haitian and Haitian-descended communities in Cuba and Mexico.

Mondesir is a Toronto-based artist-filmmaker who was born in Port-au-Prince, Haiti. He worked as a high school teacher, a book designer and a labor organizer prior to receiving an MFA in cinema production from York University in Toronto in 2017. His work, which includes documentary, fiction and experimental narratives, takes a critical stance on modern-day social, political and cultural phenomena to suggest a reading of our society from its margins. In 2016, he received the Lawrence Heisey Graduate Award in Fine Arts and, in 2017, he received the Paavo and Aino Lukkari Human Rights Award.

This event is sponsored by the Clarke Forum for Contemporary Issues and is co-sponsored by the departments of Spanish & Portuguese and Latin American, Latinx & Caribbean studies.