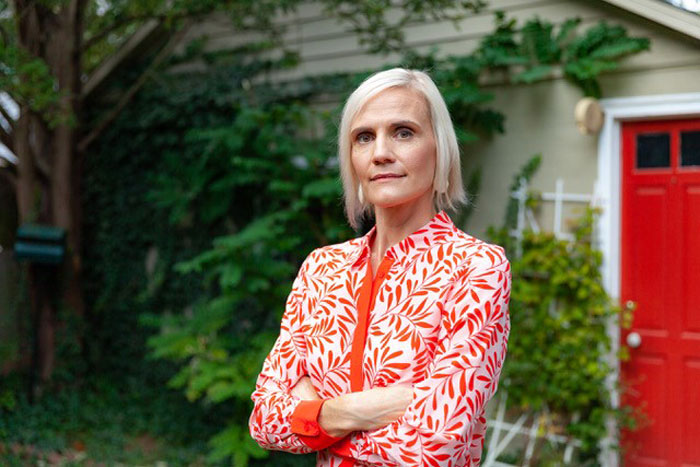 This month marks the 75th anniversary of the end of World War II. You’ve just published a book about literature of the period just after the war. Can you tell us a little bit about how your book addresses that historical turning point?

Midcentury Suspension (use discount code CUP30 when buying the book for savings) is about how feelings of suspension—of in-betweenness—shaped a remarkable range of literary and cultural expression in the immediate aftermath of the Second World War. It analyzes how literary works and public discourse spoke from, and to, the self-conscious situation of inhabiting the fraught middle of the 20th century.

It’s common to think of 1945 as a stark dividing line drawn at the rough middle of the 20th century. Events, lives, movements, phenomena: they’re often framed as “pre-’45” or “post-’45,” “prewar” or “postwar.” There’s more than semantics at stake in this habit. In the U.S. context, for example, the convenient practice of timestamping by reference to “the war” often carries with it a bunch of unexamined assumptions about, say, righteous American power, victorious democratic advance, or what counts as “real” warfare. The vision of 1945 as a clear turning point also nurtures the idea that as soon as the war ended, the long—and elongating—period called the “postwar” promptly began and inevitably took the shape it’s taken. As literature constantly reminds readers, though, history is never as tidy as the labels we put on eras retrospectively. So one way my book addresses the end of WWII is that it recovers what was at stake in various writers’ conceiving of their historical present as distinctly midcentury.

Can you give us a sense of what the title of the book means in terms of what you explore within?

The title came straight out of my research of early postwar period. I started noticing the apparently bland word “midcentury” and related ideas about being in the middle everywhere in the period’s transatlantic print culture. I didn’t think much of it at first. But as I often discuss with students, you don’t want to sleep on words or ideas that are ubiquitous and inconspicuous at the same time in a given culture or period. They’re often doing a lot of thinking for you. In the case of the midcentury, everyone knew it was an arbitrary distinction. And yet newspaper columns, nonfiction books, magazine features, political documents, novels and poems constantly gestured to the historical weight the midcentury bore and to how the moment felt. According to numerous accounts, the midcentury felt irreducibly middle, betwixt and between, incipient and belated. The word for all of this is “suspension.” And while suspension has fascinated aesthetic and cultural theorists pretty much from Aristotle on, I didn’t so much “apply” this rich concept to the midcentury as find it in signal literary works of the midcentury and use it to rethink some entrenched habits of 20th-century literary history.

What did the writers at the heart of your book understand themselves to be suspended between?

The Second World War and the atomic age. Between (or amid) the accelerated dismantling of colonialism and the tense stand-off of the nominally “cold” war. Between the promise of the 20th century, as the epoch had been hailed in 1900, and the sense of peril by 1950, of doubt as to how or even whether the century would see its end. In literary terms, between the achievements of a pretty exclusionary modernism and the question of what would follow it. The list goes on and on—in fact, midcentury writings frequently replayed such lists of historical and cultural conditions that collided in their present. Along with itemizing events and phenomena, these lists summoned up both the intense historical pressure the midcentury was understood to bear and stressed how that pressure felt: like suspension.

The authors are diverse in pretty much every imaginable way: who they were culturally, nationally, stylistically. Did you find that what bound them all was the sense of operating in this suspension?

Yes, for sure. Midcentury Suspension concentrates on American, British and Irish writers who were not necessarily contemporaries of each other and who don’t line up neatly with the kinds of categories (e.g., movement, identity, affinity, genre) that generally organize literary studies. But they were all invested in the contemporaneity of the midcentury moment. Another thing that unites them is that they all contributed to the war effort in some capacity and wrote, directly or indirectly, of their complex feelings about their participation and the war itself. Examples include Frank O’Hara, who was a sonarman in the U.S. Navy despite his deep anti-militarism; Ralph Ellison, who joined the Merchant Marine rather than enlist in the segregated U.S. military; Elizabeth Bowen, who was an air raid precautions warden in London and who also filed espionage reports on neutral Ireland for the British Ministry of Information; and W.H. Auden, who spent the summer of 1945 in Germany interviewing civilian survivors of air raids for the United States Strategic Bombing Survey. He despaired of the work.

How did you get interested in this topic, and how did you go about conducting the necessary research?

Academic writers will tell you that a lot of things—ideas, reading, commitments, experiences—combine to create and sustain their interest in a project. For Midcentury Suspension, though, the earliest source of my interest was my maternal grandparents, Arthur and Eleanor Newcomer. I was always curious about their experiences of WWII—they were both in the U.S. Navy—and of its aftermath. Like a lot of combat veterans, my grandfather didn’t generally talk much about the war; my grandmother, meanwhile, was always a fantastic storyteller. But by the time my brother and I were in high school, they’d both talk with us about their youth if we asked. They were unfailingly direct people, and they were allergic to self-congratulation of any kind. I’m nostalgic for those conversations now. But what sticks with me most is that my grandparents recalled the Midwest in the years just after WWII with none of the rosy nostalgia that too often laces memoires or representations of that period for white Americans.

The research involved many of the practices we teach students in the English department at Dickinson: close attention to literary works and the political, institutional, cultural, and other contexts in which they were produced and circulated; original archival research; thorough reading and synthesis of scholarship that bears on the period, authors and ideas I was investigating; and engagement with theoretical work that motivates or hones generative questions about literature and culture. I realize I’m not offering a very romantic picture of literary or broader humanities research here! And don’t get me wrong: I definitely got chills when I came across certain documents in, say, Elizabeth Bishop’s papers. But the truth is, a lot of humanities research and writing comes down to attention, time, steady thinking, and persistence—and to cultivating a balance between your earned knowledge of your field (including of its limitations) and your intellectual openness in response to what you’re finding.