Building the Future of Dickinson Athletics 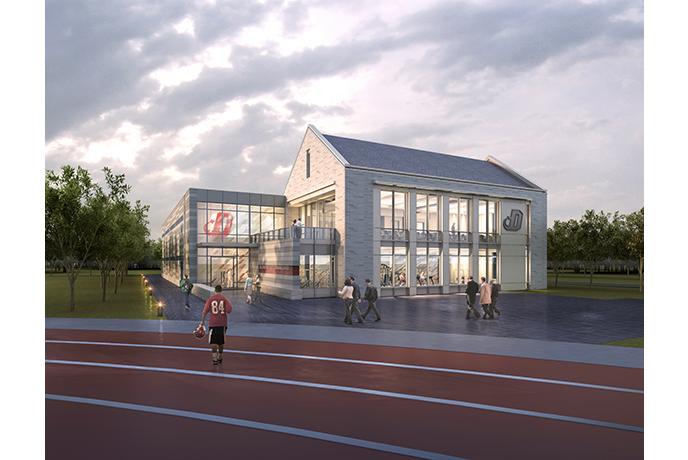 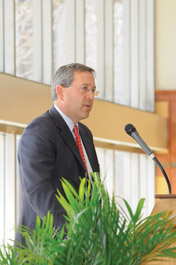 Dickinson Athletics Hall of Famer Doug Pauls '80 played basketball as an undergraduate, but his home court wasn't in the Kline Center. The basketball court was on the second floor of what is now the Weiss Center for the Arts, and his memories are not exactly what the college would have advertised at the time: The pool was on the first floor, and Pauls' roommate, a diver, had to be careful or he'd hit his head on the low-slung ceiling as he came off the diving board.

A member of the Board of Trustees, Pauls is now setting his sights on making sure that every student-athlete has only fond memories of time spent competing in a Red Devils uniform as he chairs the newly formed Athletics Advancement Council.

"Given the impact that Dickinson has had on my life, the college has always been one of my priorities," he says, "and I believe that athletics can play an important role in helping to define Dickinson as an institution."

The Athletics Advancement Council is charged with strengthening relationships between the college and members of the Dickinson community who can help advance the college's athletic opportunities. Pauls says, "I think the best way to get people involved, both athletically and academically, is to get them to connect, or reconnect, with the college and what's going on now, because it's certainly going to be different from when they were here."

And that is clearly the case. With the Inge P. Stafford Greenhouse for Teaching and Research and the Rector Science Complex expansion in progress, and the Phyllis Joan Miller Memorial Field all but complete, the campus landscape is ever-evolving. Add to these projects the new Durden Athletic Training Center, the Kline Center expansion and a new residence hall on the horizon, and students and alumni have a lot to be excited about.

The council's efforts have begun with personal, one-on-one outreach and will begin coordinating events as the group's mission advances, with council meetings coinciding with Board of Trustees meetings. Pauls says, "The hope is to have as many council members and alumni as possible back on campus to see and appreciate what their efforts are helping to build."

Pauls and his wife, Terri, already have established the DTP '80 Internship Fund, which funds internships for Dickinson students, and his involvement with the Athletics Advancement Council is just another way of giving back to an institution in which he truly believes—a belief rekindled when he met with President William G. Durden '71 in 2004.

"That conversation helped me to re-engage with the college in a more intense way," Pauls says, noting that Durden focused on the steps he and his administration were taking to develop the college. "For me, it is a lot easier to support a cause or institution when you truly believe in what that institution is trying to accomplish, and the more I learned about what was really going on at Dickinson, the easier it was to increase my level of giving."

Pauls hopes that the Athletics Advancement Council's message makes that decision an easy one for a whole new network of Dickinson supporters. As chair of the council—which will eventually comprise 15 to 20 alumni and parent members—Pauls is leading the funding drive for athletic projects, but as a trustee, he's interested in all things Dickinson.

But the group, while still in its infancy, is already making strides in its core area of focus. "A classmate of mine, Gary Knechtel '80, unfortunately passed away almost three years ago," Pauls says. "He was a great friend and inspiration to all of us, so we've raised money to fund a scholarship in his memory—more than $100,000 so far. We have now set our sights on raising the funds to have the new football locker room named in his memory."