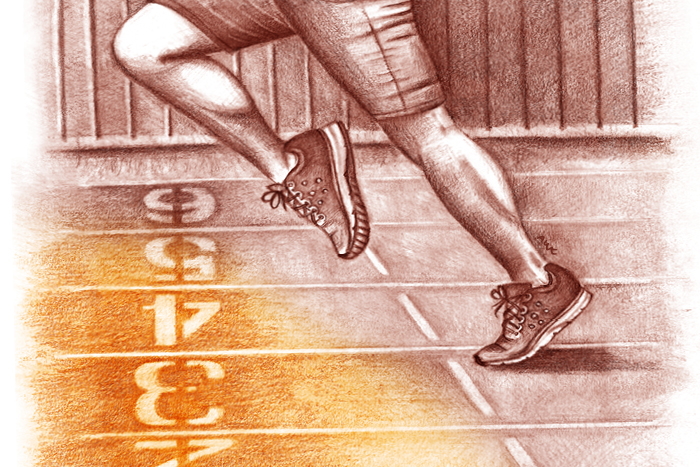 February 29, 2020, was an unusually cold and windy day in Atlanta, and 200,000 people lined the streets to watch a marathon. It was an event that found runners climbing 1,389 feet and descending nearly the same distance, adding to the generally grueling nature of marathons, as it followed three 8-mile loops through the city and a 2-mile final stretch to get the course to its proper 26.2 miles.

That last leg took runners past the reignited Olympic Cauldron— last lit in 1996 by Muhammad Ali during the Centennial Olympic Games—in a sense bringing the event full circle. This was the Olympic marathon trials, which would determine the three men and three women to run the event for Team USA at the 2020 Summer Olympics, in Tokyo. And three Dickinson alums were among the 565 qualifiers in Georgia that rare leap day, among athletes of rare talent, trying to get their tickets punched to Japan.

BEST OF THE BEST

“It’s hard to fully articulate all of my feelings, emotions and now memories of the U.S. Olympic marathon trials,” says Catherine Campbell ’12 (biochemistry & molecular biology), who’s finishing a three-year residency program at the University of North Carolina Adams School of Dentistry and who finished the race in 2:55:32. “My emotions were on an all-time high from the moment I landed in the Atlanta airport, and the experience exceeded all expectations I had. It was truly incredible!” 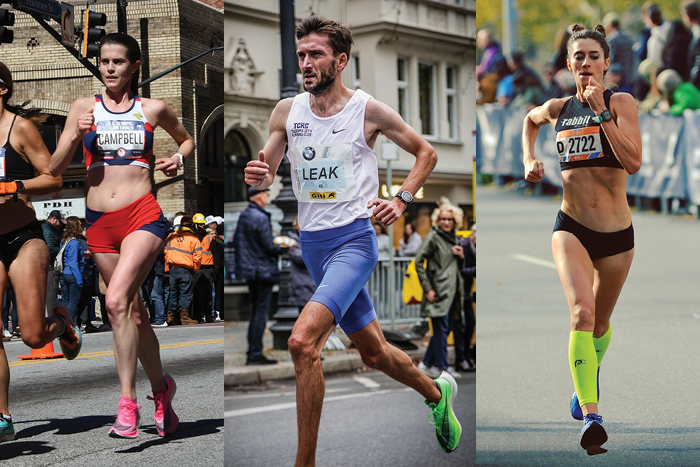 To even be allowed to line up for what’s been dubbed the country’s most exclusive marathon, men had to run a qualifying marathon in 2:19 or faster or a half marathon in 1:04 or faster. For women, the times were 2:45 and 1:13. Campbell, who qualified in Houston in January, found herself in awe of the company she kept, rubbing elbows with the likes of Molly Huddle, Olympic record setter; Galen Rupp, now four-time Olympic marathoner; and Paula Radcliffe, one of the most storied marathoners to ever run a race. The level of competition runners faced also wasn’t lost on Greg Leak ’10 (biology), a former U.S. Army officer who’s now the cross country coach at Bellarmine Preparatory School (Washington). But Leak—who qualified in Berlin, Germany—says the race doesn’t just pit him against the rest of the field.

“The Olympic trials are special because you are racing against the best in the country and some of the best runners in the world,” says Leak, who ran a 5:38 minute mile and finished 124th overall with a time of 2:27:35. “Having said that, that wasn’t my main concern, because in the marathon you’re racing the others but you’re also racing the distance. My goal for any marathon race, and for the Olympic trials, was to prepare and execute a race that maximizes my potential on that day.”

Gabrielle Russo ’06 (anthropology) knows about maximizing potential, both on and off the course. After Dickinson, she earned an M.A. from CUNY Hunter College and a Ph.D. from the University of Texas at Austin, both in biological anthropology. Now, an assistant professor of anthropology at Stony Brook University, director of Stony Brook’s anthropology master’s program and co-director of a paleontological field project in Kenya, Russo is a marathoner, ultrarunner (2018 USATF 50K road champion) and a triathlete (2nd overall female at 2019 Atlantic City 70.3) who thought she might not make it to the starting line at the Olympic trials, let alone the finish line.

“I was injured for the five weeks leading into the trials and wasn’t sure if I would be able to run at all, never mind 26.2 miles,” says Russo, who won the Suffolk County Marathon in 2017 after taking a long break from running to pursue her academic career. “Ultimately I decided to just enjoy myself and the experience, and smile, without any expectations regarding the outcome. I would run as far as my legs and heart would take me. That attitude, and a huge dose of adrenaline, got me across the finish line. I was ecstatic.”

Not surprisingly, Campbell, Leak and Russo have all been running a long time, and each was a standout as a Red Devil runner. Campbell—a two-time McAndrews Award winner—ran to All-America honors in the 5,000 meters at the 2012 NCAA Indoor National Track & Field Championships and was a four-time NCAA All-Region and three-time first-team All-Centennial Conference performer in cross country, leading the Red Devils to four straight NCAA Championship appearances. She captured a conference title in the 3,000 meters at the indoor championships in 2012 and earned a combined six All-Conference honors in indoor and outdoor track and field. 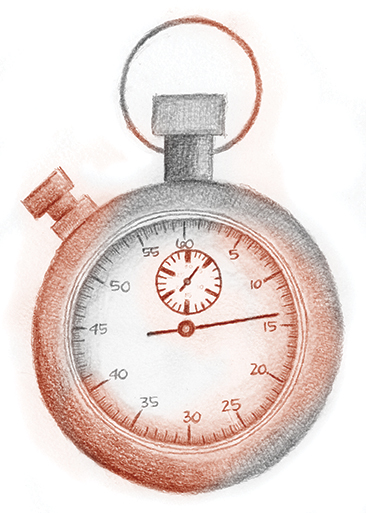 “As a Dickinson athlete, I was never limited in my goals or dreams, and I was surrounded by an incredibly supportive community,” says Campbell, a Carlisle native who recently took her engagement photos on Dickinson’s campus with fiancé Arthur Worthington ’13. “And I am so thankful to Coach Don Nichter for always encouraging me as an athlete—no dream was too big, and he continues to support me to this day, always believing in me and helping me to realize my potential.”

Under Nichter, Leak ran to All-America honors in cross country and NCAA All-Region recognition three times. He also ran to back-to-back individual CC championships and helped lead the Red Devils to indoor and outdoor CC championships in 2010. And he says he never would have done it, or accomplished what he has today, without Coach Nichter.

“Coach Nichter was important in my development as an athlete and as a runner,” says Leak, who was running at a 10-minute pace for the two mile and posted a personal best mile pace of 4:46. “I can run those paces now for the marathon and 10K. Coach Nichter recognized that I had the potential to be a good runner but needed the time to develop, and he kept a long-term focus on that development. My ability to run 130 miles a week, along with all of the other supplemental work, started at Dickinson.”

Russo—who qualified for the Olympic trials at the 2018 Philadelphia Marathon—earned NCAA All-Region and first-team All-Centennial Conference honors in cross country, helped set the school record as part of the 4x400 relay and added conference titles in the 4x400- and 4x800-meter relays in the 2004 indoor championships.

“I gained so much—in addition to huge improvement on my athletic ability and competitive mindset—as part of the Dickinson cross country and track teams,” says Russo. “I particularly treasure the teammates-turned-friends who I am still in contact with 14 years after graduation.”

So people might wonder, “How do these elite runners prepare for a race like this and maintain their drive?” Not surprisingly, preparation comes in the form of hard work, both physical and mental, and lots of it. For Leak that means a large volume of running plus supplemental training such as Olympic-style weightlifting, a stability routine, Achilles exercises, deep-tissue massage and meditation.

“One question I often get is, ‘What’s the secret to running a fast or better marathon?’ ” he says, noting that he learns more about himself as an athlete and as a person after a bad marathon performance than a good one. “There is no secret. It’s a lot of hard work and dedication, and this applies to any sport, endeavor, career or passion in life. I love that the marathon teaches you that important life lesson.” 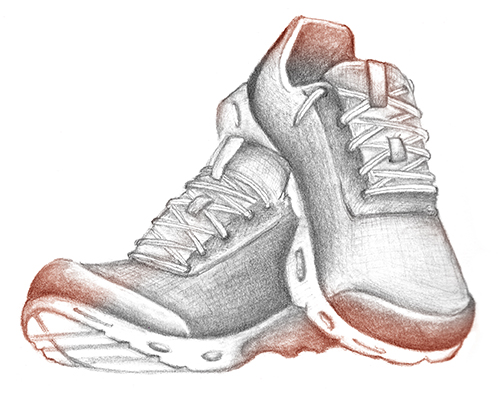 Russo stresses the “juggling act” she finds herself performing in terms of balancing a tenure-track position at a research institution and her dedication to endurance competition.

“When I sit down every Sunday to plan the week ahead, I schedule workouts into my calendar just as I do teaching my classes, meetings with my graduate or undergraduate students or service work,” she says. “I’m grateful that my university and department have been incredibly supportive of my journey.”

Another life lesson to be learned from marathon running might feel a little ironic. In a sport where it’s the runner against the field, Campbell finds that it’s a sense of being in it with other runners, a togetherness, that really propels her. “Running is all about community, and I have met other runners of all ages and backgrounds connected by the same drive to become a better version of ourselves through running,” she says. “I would not be the runner I am today without teammates who train with me, encourage me, support me and help me to realize my potential.”

The three marathoners did meet up in Atlanta, and there was plenty of support and encouragement to go around. And while none of them will advance to Tokyo for the now-delayed Summer Olympics and the trials are over, they share their Dickinson past, their Red Devil running foundation, their love of the sport. And, most likely, Campbell’s exhilaration at being among the most elite athletes in their sport, experiencing something that most never will:

“As I passed the starting line, it was hard not to get swept up by the crowds—my ears were ringing and my race plan went out the window. The crowds were deafening. I couldn’t help but enjoy every second and take it all in. I had never experienced anything like it. What I will remember most was seeing all of my family and friends on the course. Every time I heard my name, I couldn’t help but smile, wave and hope to catch a glimpse of loved ones to lock away forever. It was a once-in-a-lifetime experience and one I’ll never forget. I gave it my all down the final 200-meter stretch with the biggest smile on my face as I crossed the finish line! I’m thankful for all who have inspired me, and hope my journey may serve as inspiration  for others.”