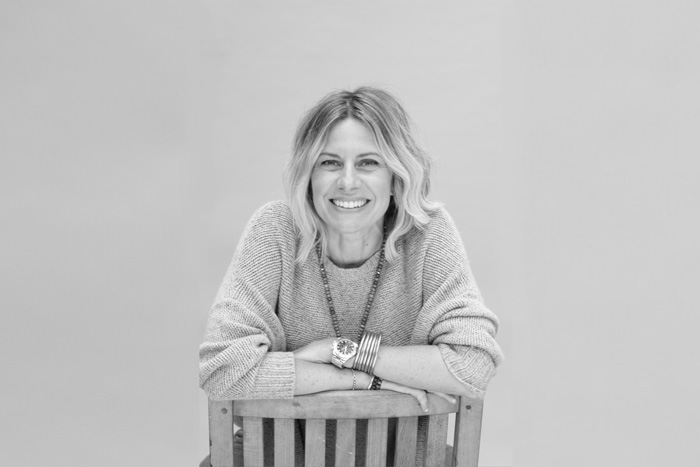 With the Female Innovators Lab, Amy Nauiokas '94 seeks to increase the odds of success for women entrepreneurs

For anyone following venture capital issues, the IPO market, angel investing and the tangle of topics swirling in that arena, it’s not news that female founders and entrepreneurs are often on the outside looking in. But according to widely circulated Crunchbase numbers, it’s probably worse than most people would guess.

Take a look at the first quarter of 2019, for example: Only 2% of venture funding went to companies with female-only founders, while 83% went to strictly male-founded companies. And while those numbers are actually better than they were for the same period a year before, they’re clearly not good enough—especially for Amy Nauiokas ’94.

Getting women into the room

Nauiokas is a member of the Dickinson board of trustees, a former Wall Street executive and the founder and CEO of Anthemis, a leading digital financial services investment firm. And as a longtime denizen of the financial services industry, she knows the seed-stage funding landscape as well as or better than nearly any observer.

“The fact that financial services and countless other industries are often ‘by men and for men’ is a repeating pattern,” says the former international studies major, who, before striking out on her own, climbed the ladder of success steadily through the likes of Bear Stearns, Cantor Fitzgerald and Barclays. “And investors subconsciously look at patterns when investing. Our brain makes connections for things that are similar in previous successes, and because women’s ideas are missing from the room, there is no track record or pattern for investors to bet on.”

Those patterns are stifling the economy, according to new data from Boston Consulting Group. The study shows that if women had an equitable stake—taking that 2% to 50% worldwide—global GDP (gross domestic product) could ultimately rise by approximately 3% to 6%—a $2.5 to $5 trillion boost to the economy.

To address the issue, Nauiokas, with team members from Anthemis and Barclays—one of the largest banks in the world—has launched the Female Innovators Lab.

“Through the lab, we’ll be able to start closing the funding gap and ultimately support the move toward greater parity for female entrepreneurs,” Nauiokas says, noting that the lab will match female founders with resources and mentorship they require to thrive. “Often times, women are marginalized from the founding community because of limited resources—financial and network. It can be expensive to start a business, and if you're already on the back foot through barriers like the gender pay gap, then you can't solve the gender funding gap.”

Nauiokas herself left Wall Street more than a decade ago looking for the opportunity to chart a new course. And now she’s helping others do the same.

“In my experience, I saw an opportunity to be bolder and louder from the outside, but in collaboration with players within the industry,” she says, noting that the lab will seek early-stage businesses and ideas that have a large market opportunity and growth potential. “I believe that the way to solve the problems we are facing in the industry is to design and invest in businesses from the very beginning and inject the expertise that the industry currently brings. We’re looking at everything from the back of a napkin, from an idea to a prototype, to first pilot customers.”

The lab’s venture studio team will work with each founder in a way that is customized to each business, which means they’ll get to know the founders and their needs, exploring the business opportunity and identifying areas to support. Maybe the need lies in marketing, in finding a tech team or in landing introductions to potential first customers. With team members’ experience, any need can be addressed—from finding additional funding to business strategy to product design.

“So much of early stage investing has to do with the founder—so identifying talent that is resilient, flexible and passionate is key to our strategy,” Nauiokas says. “And diverse talent is generally awash with these personality characteristics yet consistently underfunded. We think disparity in funding starts early, at the ideation phase, and that’s why we’re committed to supporting women founders at the beginning of their journey.”