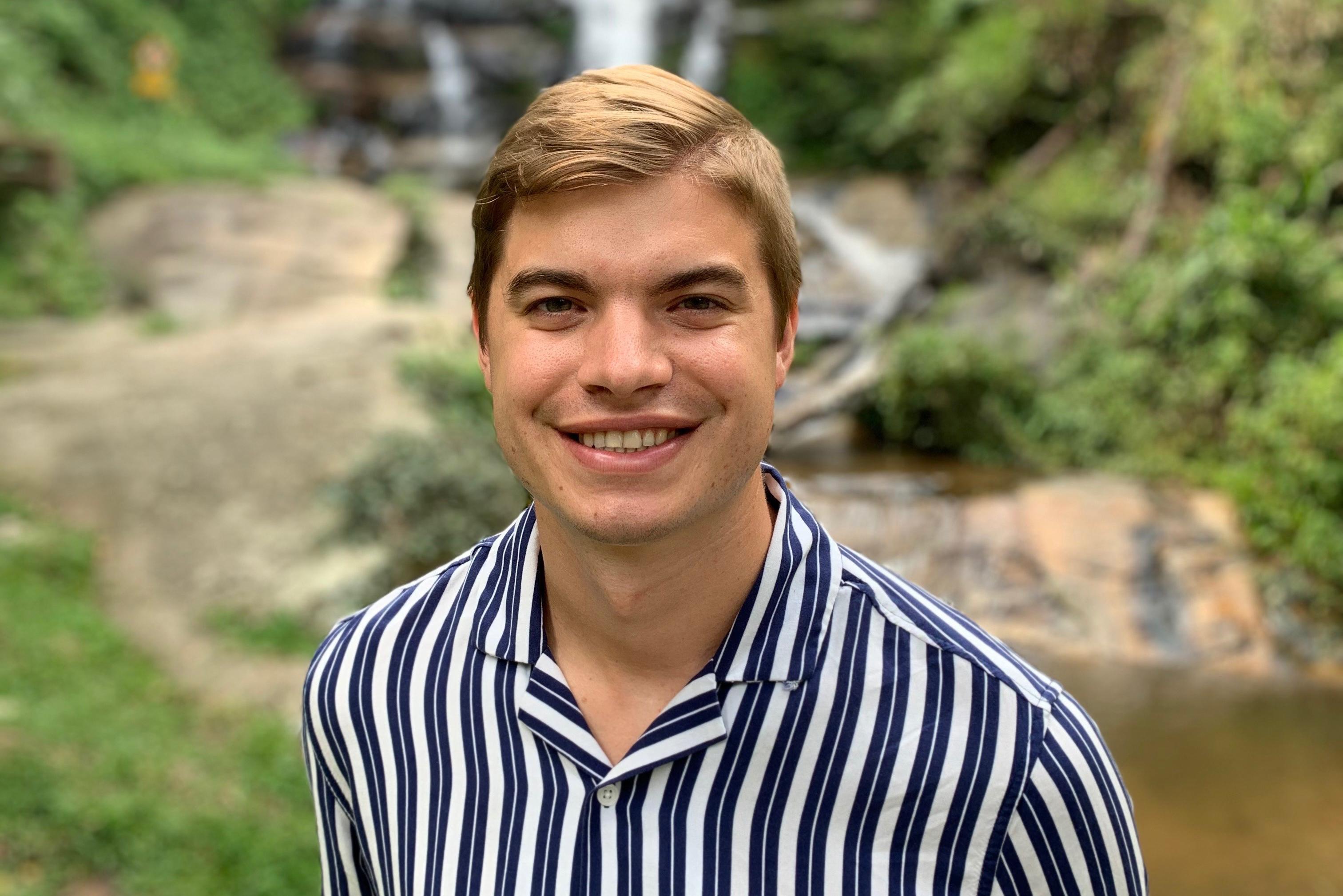 Kevin Doyle ’16 has used his Dickinson degrees in Russian and international studies to become a foreign services officer. Now as an economics officer for the State Department, he covers energy security and Hungary-EU relations in Budapest, where he helps policymakers formulate new policy positions.

My career as a foreign service officer has directly benefited from Dickinson’s useful liberal-arts education. I am a generalist, which means it is more important to be able to learn than it is to know everything. My exact position, where I will live and my colleagues will be constantly changing, and Dickinson prepared me to tackle unfamiliar subjects. Dickinson’s global outlook and many of the courses I took helped shape my understanding of how the world works as well.

My work as one of the CommServ coordinators was one of my favorite activities. It was a great way to get out of the “Dickinson bubble” and engage with the surrounding community. I really enjoyed the other students I worked with, and it also taught me a lot about managing people and programs.

Making a lasting friendship with my Russian roommate in the Russian House—I have vivid memories of singing great songs like “The Bay” by Metronomy and having great conversations about both of our countries. He’s still a friend to this day, and I hope to see him sometime soon in Europe.

I have donated what I can and always make sure to be available to help mentor current Dickinsonians. I was fortunate enough to have had fantastic financial and career support from Dickinson College, and that is something that I want to give back. Any time my fantastic professors from the Russian Department need anything, I am happy to help.

When I was in high school, I participated in a study abroad program called the National Security Language Initiative for Youth (NSLI-Y). I was studying Russian language in a town called Gatchina, outside of St. Petersburg. Since the program was funded by the U.S. government, we had a chance to meet with a foreign service officer working at the St. Petersburg consulate. He described how his job involved learning lots of languages, interacting with people across cultural divides and moving around the world, working for U.S. interests, and it sounded like the ideal job for me. It’s an inherently exciting job since there is no real way to plan your career, and my next post after working at Embassy Budapest could be nearly anywhere in the world.

I work as an economic officer, covering energy security and Hungary-EU relations. Practically, my job involves meeting a lot of the decision-makers who deal with these two issues and explaining what the U.S. position is and why. The position also involves writing lots of material for policymakers back in Washington, D.C., to help inform them learn about the situation here in Hungary, which can help them formulate new policy positions.

Balancing family and career. Since the job involves moving every two to three years, it is difficult for spouses who do not work for the State Department to sustain a career of their own. It is also difficult to be far away from my family in the United States and miss a lot of important events and holidays.

Without a doubt, marrying my wife, Jessica Sykes Doyle ’16, in April of this year. We had been dating since freshman year, and I am so glad we will be able to continue adventuring together.

George Kennan, probably one of the greatest U.S. diplomats of all time. He was an intelligent thinker and had a great grasp of Russian politics.

Interwar Britain. Though it would not be the most pleasant time in history, I think it would be really fascinating to see a society being remade and the slow diminishment of one of the world’s greatest empires.

That I could take my family and friends with me everywhere I move.