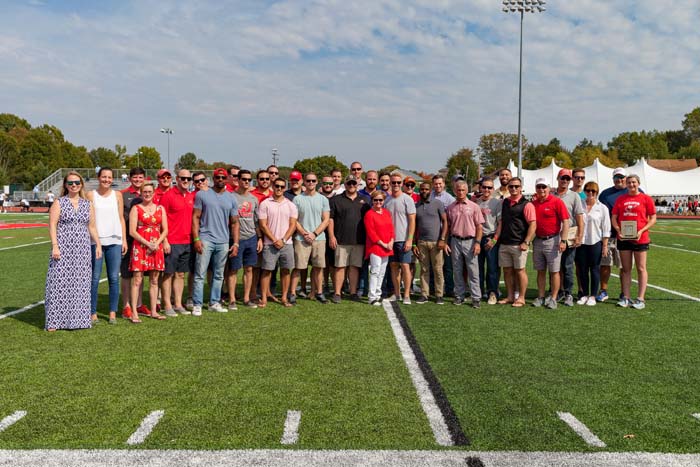 Homecoming & Family Weekend is a time for Dickinsonians to return to campus to revive old friendships, reminisce about the time they spent within these limestone walls and forge new bonds. But for a select few, the weekend holds an additional meaning—one of immense pride and  well-deserved recognition as they are inducted into the Dickinson College Athletics Hall of Fame.

This year’s inductees join a vast array of more than 130 Hall of Fame honorees, including athletes who predate this year’s group by over a century. Alumni admitted into this select group embody the mission of the Hall of Fame: to sustain the legacy, and to promote and celebrate those individuals and teams who have made outstanding contributions to Dickinson athletics and have helped to bring recognition, honor, distinction and excellence to Dickinson and its intercollegiate athletic program.