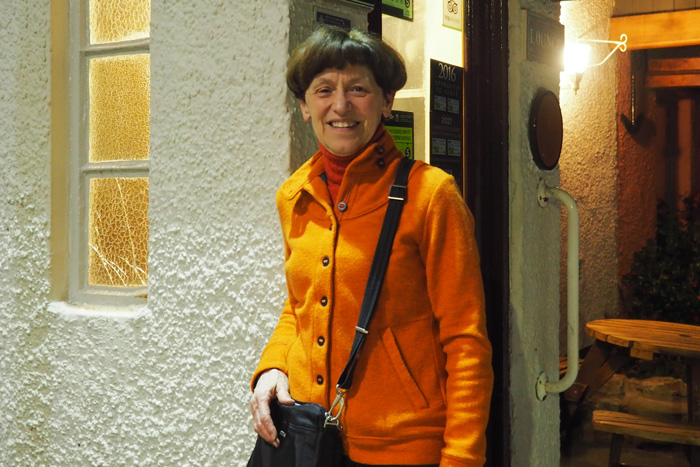 Tell us about your career. What does a typical workday look like for you?

I guess I would say I’ve actually had three distinct careers: technology, nonprofit administration and consulting, and civic engagement.

My 10-year career in technology began in 1968 at IBM, where I developed business systems for the IBM System 360. The “360” had just been released, and the technology behind it was considered revolutionary. Business information systems based on the new technology couldn’t be developed fast enough, and they were radically changing the way business and manufacturing processes were being performed.

When I moved to a position at Westinghouse, personal computers had recently been introduced, driving a level of rapid change and innovation that pretty much matched what I’d left behind at IBM. I led a project to optimize the use of robotics in the manufacturing process, and another to integrate the use of personal computers across a range of business functions and processes.

The rest of my professional career was in the nonprofit sector, where I played a leadership role in the conceptual design and start-up of two community-based organizations, and a consulting role in dozens of others.

The first start-up I was involved with is still delivering health education programs at its flagship facility in York, Pennsylvania, and in K-12 classrooms across its region. And it has expanded its reach by providing health education content and programs online to schools and families across the U.S.

The other start-up has also moved well beyond its humble beginnings. It is playing a significant role bringing together the faculty and students of York College to engage with community leaders, organizations and stakeholders in tackling difficult challenges in the community—by first understanding the dimension and dynamics of the challenge, and then designing collaborative solutions.

The consulting piece of my career in the nonprofit sector involved facilitation of mergers, collaborative community efforts, strategic planning, board development, etc.

Running in parallel with the technology and nonprofit periods of my career, I was actively involved in a governance capacity with a number of local, regional and statewide organizations. I served multiple terms as a director on both my local school board and county planning commission. I also served as board chair of a number of local nonprofit organizations as well as a regional health care system. And I co-chaired the statewide Renew PA initiative of 10,000 Friends of PA, in conjunction with the Brookings Institution.

I’m now almost fully retired. I’m working on my final consulting project—a community initiative working at the intersection of the local criminal justice system, health care and community human services to reimagine and redesign community systems and resources to change the arc of the opioid epidemic in York County.

Can you speak to how Dickinson’s useful liberal-arts education helped you in your life?

Why do you feel that it is important to give back to Dickinson?

In some respects, I think my donations to Dickinson are more a form of giving forward than giving back. I have lots of reasons to be very, very grateful for all that I “took away” from Dickinson. I could never say thank you enough for the four fabulous years I had there; nor could I ever give enough money to reflect the full measure of what Dickinson gave me as a foundation for a wonderful—and I hope meaningful—life. But I do hope—and believe—that my gifts make a very real difference to Dickinson students today and those who will call themselves Dickinsonians in the future. And that is the very least I can do.

The legendary book walk in the fall of 1967 pops immediately to mind. Classes were canceled for the day and students, faculty, administrators—anyone who was willing to help—formed a kind of human conveyor belt and moved books from Bosler Library (now Bosler Hall) to the brand new Spahr Library (now Waidner-Spahr Library). It was an extraordinary day! Everyone just kept circling around until all the books were moved and properly in place. As I recall, Spahr Library opened just a couple of days after the book walk took place. I don’t know who planned and organized the day, but it was an incredible feat and everyone had a great time!

I would also mention another significant day on campus. It was the night in spring of 1968 that Lyndon Johnson announced, on a nationally televised broadcast, that he would not be seeking re-election. Groups formed around televisions all across campus that night to hear his speech. We all expected something significant related to Vietnam, but no one expected him to announce he would not run again. That speech was hugely important to the nation and the world, but I think you probably had to be on campus at that time to understand how personally consequential it was to the men on campus who knew they might be headed to Vietnam after graduation.

Can you tell us about what you do outside of work—hobbies, interests, etc.?

I serve as a volunteer court appointed special advocate (CASA) for neglected and abused children who have been removed from their parent’s care. The primary role of the CASA is to represent the interests of the child during the period of court oversight, and to make certain the child is safe in his/her placement.

I also love spending time at our lake house in New Hampshire, hiking and spending time with my 2-year old grandson, which is pure joy.

Be humble, be endlessly curious and be faithful to your principles. And wherever you go, whatever you do, find a way to become actively involved in helping support and build civil society—you will make difference, and your life will be greatly enriched.