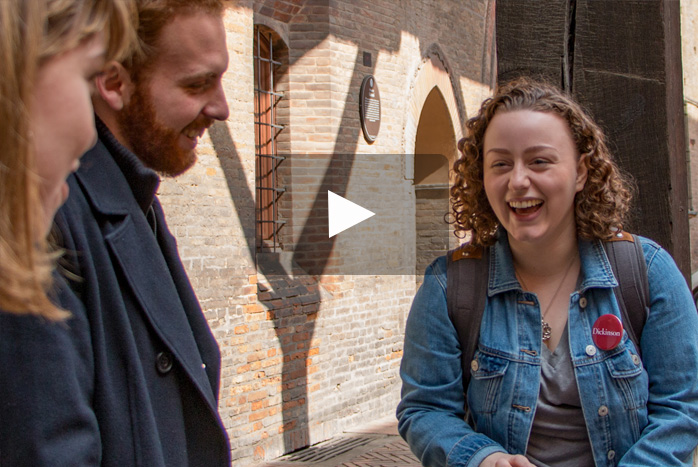 Abby Duell ’20 describes herself as an "opera nerd" who's found her Dickinson bliss as a music major with a minor in Italian. But as much as she enjoys learning about Italian culture, singing Italian operas and performing in national vocal competitions, she still had a bucket-list item to check off: Duell wanted to study opera in Italy, the birthplace and cultural nexus of the art form she loves.

As a music performance major—who must take part in voice lessons and performance groups during each of her semesters on campus—that wouldn't be easy. But Duell reached out to her professors and to Dickinson’s staff on site in Bologna, Italy, for help. This spring, she studied and performed abroad, all without missing a beat academically. And because Bologna is not only a cultural center but a college town, she was able to enjoy discounted tickets to see the operas she’s studying.

“I really wanted to study abroad,” she says, "and I can do it, all because of what the Italian studies program in Bologna has done for me.”