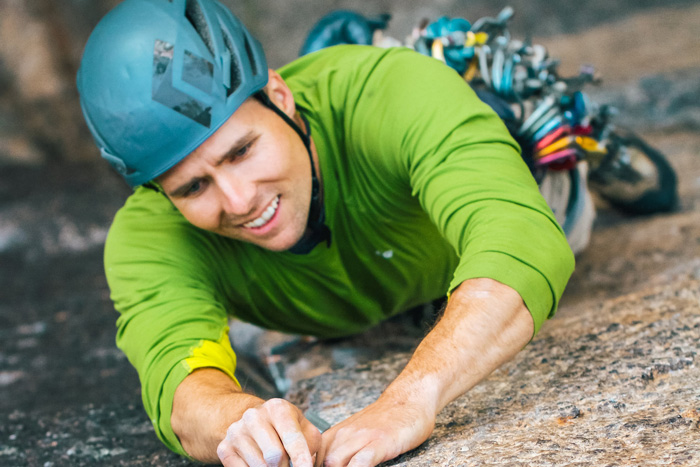 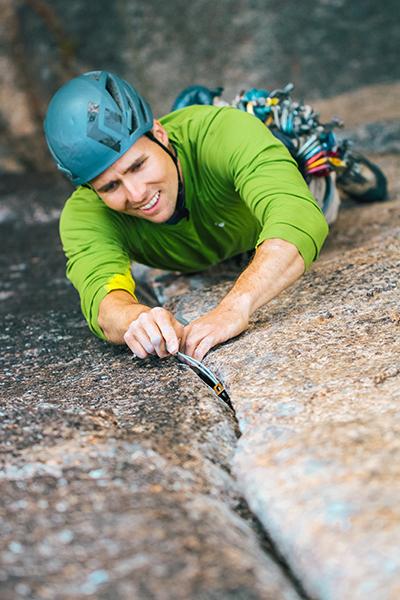 Nathan Fry ’06, a former self-developed major in comparative literature and ROTC cadet, has trekked through the Artic, traversed a remote desert range and competed in an international ski mountaineering race—and those are only a few of the adventures he’s undertaken since graduating from Dickinson. Now, as the training director for the Army Mountain Warfare School, he and his instructors are responsible training the entire U.S. Army on military mountaineering.

I came to Dickinson with a pretty limited worldview, given where I grew up in the rural South. Dickinson exposed me to a lot of different perspectives all at once, some of them completely opposite to each other. Working through the cognitive dissonance that generated helped me to be comfortable with complexity and a contradictory world. During my first years in the military, I was surprised at how many other officers were uncomfortable with confronting ideas and worldviews that were different from their own. Being comfortable with not having the “right” answer really helped me to resolve issues in places like Afghanistan, where there was a very visceral clash of outlooks on multiple levels.

I went to Dickinson on a ROTC scholarship, and I was terrified that I would have to go back to Louisiana if I flunked out, so I spent most of my time in the library studying … not thrilling. If I wasn’t there, I was doing something with ROTC. I have incredible memories of my years with the ROTC crew, as we tried to enjoy being college kids while also mentally preparing ourselves for the responsibilities of our future jobs.

Once we used a three-person slingshot, mounted on volleyball poles, to launch water balloons over High Street and into the quad, from the other side of the road. It was spring, and there were lots of people laying out in the grass, enjoying the sun. I think it’s OK to disclose that it was me who launched the balloons at this point. Is there a statute of limitations for harassing sunbathers?

I’ve frequently mentored ROTC cadets as they continue to come through the Dickinson ROTC program. Somehow, they keep finding me ask me questions about all manner of things. I think Dickinson’s ability to maintain a strong support for its ROTC program and encourage dialogue between Carlisle Barracks and the college is a key trait of the liberal-arts education. I’ll do anything I can to keep the program a strong and participatory part of the Dickinson intellectual environment.

I got into the military because I had to—I needed an ROTC scholarship to pay for college. It’s been a bit of a love-hate relationship the entire time, but it definitely challenges me every day in at least one aspect of my professional existence (physical, mental, emotional), so I stay with it. I would say the most exciting part is finally getting to a level of experience and influence that allows me to guide and mentor along the entire spectrum. Junior military members look to me for guidance, and senior members who outrank me also ask for advice and perspective. It’s a really amazing place to be in your career when you realize that you have the means to positively influence your entire organization.

I’m currently working as the training director for the Army Mountain Warfare School. It’s one of the most amazing jobs that I’ve ever had. We’re responsible for training the entire U.S. Army on military mountaineering, so anything that relates to the military, mountains and training falls under my purview. On any given day, I could be teaching students about mountain topography, writing new military doctrine, trying to work through organizational change challenges or climbing a technical rock route in California. I also teach as an adjunct professor at the University of Vermont, in the Department of Community Development and Applied Economics, focusing on international work and project management. And sometimes I even sleep at night.

Managing organizational change has been by far the most challenging aspect of what I do. I work with a team of highly talented and experienced instructors, all of whom have great ideas about where we are going in the future and how to get there. However, putting a load of type-A personalities into one room and trying to get them to consolidate all of their ideas into a single plan is no easy task. I’ve spent a lot of time over the past year reading Simon Sinek and listening to TED Talks to try to figure out how to navigate some tricky situations. Let’s just say that writing a book or getting on a stage and talking about it is a whole lot easier than actually implementing it. I’ve got a book full of notes, so maybe I’ll write a book of my own to tell everyone how easy it is.

I’ve been exceedingly fortunate to have a series of amazing experiences since I graduated, most of which you might only expect to get once in a lifetime. I’ve led a military team in the Arctic at minus-70 degrees Fahrenheit, done the first end-to-end traverse of a remote desert mountain range, and competed in an international ski mountaineering race against the best militaries in the world, to name a few. To top it all off, I have a partner and children who are fully supportive of all of these wild adventures. I think this just speaks to the idea of making your life a series of unforgettable events, within your means to do so. We can all sit around and lament not having the money on hand to buy a yacht and circumnavigate the globe … most of us don’t have that type of cash or leisure time. But I’ve done my best to take the resources that I do have and chase experiences that are incredible to me. So I guess the thing that I’ve done that is unforgettable is managing to pack several lifetimes worth of experiences into the 13 years I’ve had since graduation.

Abraham Lincoln. I’m fascinated by his ability to manage the personalities in his cabinet and somehow get all of the decisions right to reunite the Union.

Other than go back to Dickinson and tell my 20-year-old self to spend less time in the library? I think I would have to fast-forward to 100 years from now to see where technology and this massive social change is taking us. And then maybe come back to the present and try to change it for the better, although I think in the movies that plan rarely works out.

I believe that our mental habits really do have the power to change our lives, so it’s really a question of “What am I trying to change right now?” My big emphasis right now is in regard to decision making is knowing when to wait and when to act. The hardest thing for me right now is to learn how to slow down and gather more information, keep my heart rate steady and make a decision when the time is right.